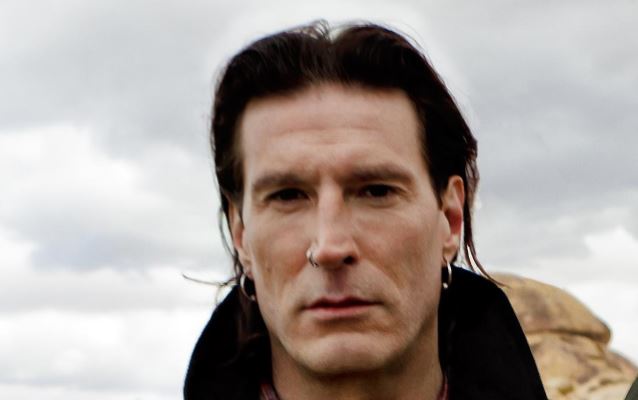 In a brand new interview with the Bismarck, North Dakota radio station 96.5 The Fox, ALICE IN CHAINS drummer Sean Kinney was asked if he thinks that any new bands can become as successful as ALICE IN CHAINS, despite the fact that all the streaming-music services and illegal music downloading have dramatically affected record sales.

"I'd hope so, but I think it's gonna be really hard, because everybody wants it now and they don't have to do anything to get music," he said (hear audio below). "So it's kind of devalued music. You don't go and get it, then wait for it to bring it home. And you don't listen to albums. As many people don't listen to albums in their entirety; they cherry-pick stuff.

"You know, when you don't put anything into getting something, then it doesn't have much of a value… On a bigger scale, it is what it is, but it's just sad, because music is so important to so many people and such a huge part of the world and how we connect and what brings together. And when you put a value of zero on that, I'm more afraid of what the future will be of that. Now you've devalued such an important art form and part of everybody's life.

"So I would hope that people would stick with bands, but when you put nothing into going to support a band, they can't financially continue to be supported, because they're not being supported financially; it costs money to go places and make music."

He continued: "So, yeah, it'll be interesting. My fear is, like, when big rock bands that can still go to an arena and play that show — METALLICA and stuff like that — decide to not do it anymore, who will take their place? Is there anybody that can? Right now I'm not feeling super positive that anybody can. And that could go missing for generations of people. That whole experience can be lost. It's like the experience of listening to an entire album. It's an experience. And now how you experience music is being reshaped and hopefully something will shake up."

Asked how he feels about the fact that music fans are seemingly more interested in streaming individual songs from artists than listening to entire albums, Kinney said: "You have these Spotifys and Pandoras where you get access to almost every piece of recorded music on the planet. And then that's great for the consumer. But for every person who's ever recorded music, it's a fucking ripoff. Because, I think, I hear people are starting to post their [royalty] checks [online for having their music streamed]. You get 10 million plays of your song, and you get a check for 111 dollars."

He added: "It's a weird time we live in; it's a real balancing act. And so basically, you'd hope to get an audience and you can tour. Try to break even, or maybe make a little bit to make a living on tour. But it costs a lot. Gas prices aren't lower, and instrument [prices] aren't lower. Last I checked, I think CDs and stuff like that cost the same, or less than they used to, so I don't know. I really don't know how to deal with that. It is what it is. We just go about it by doing what we want, and play music and stuff. If it comes to a time when we can't afford to get to places, and we do, we invest to go to a lot of places. We're not leaving there with a briefcase of dough. If it comes to a time where we can't do that, we just won't be able to do it."

ALICE IN CHAINS' latest album, "The Devil Put Dinosaurs Here", sold 62,000 copies in the United States in its first week of release to land at position No. 2 on The Billboard 200 chart. The disc follows up 2009's "Black Gives Way To Blue", which was the group's first all-new collection of material in 14 years. That CD opened with 126,000 units back in October 2009 to debut at No. 5.