ALICE IN CHAINS has announced a headlining U.S. summer tour, set to kick off July 17 at the Starlight Theatre at Pala Casino Spa & Resort in San Diego, California. Ticket pre-sales begin tomorrow (Tuesday, March 10). The band is donating two dollars for every pre-sold ticket to a memorial fundraiser.

"Thanks to the great people at WMRQ in Hartford, Connecticut, we became close with a young man named Stefan Dayne-Ankle, who sadly last week lost a courageous battle with leukemia," says the band. "To honor Stefan and help give him the memorial he deserves, we're donating $2 from every ticket pre-sold on this tour."

To read more about Stefan's story, and why ALICE IN CHAINS is raising funds for his family, click here. 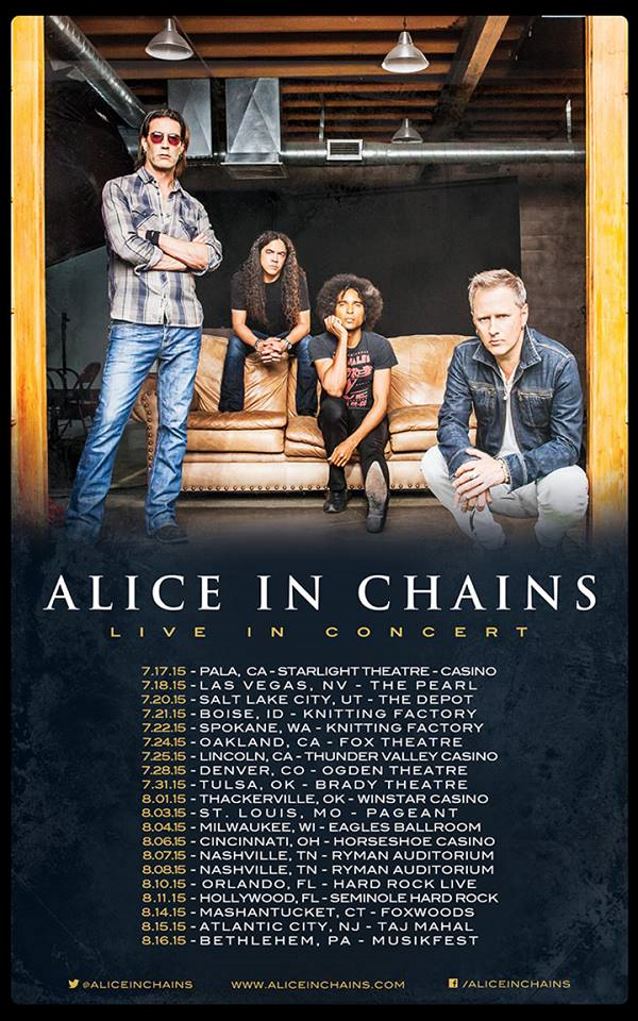