ALICE IN CHAINS has announced a Canadian tour in support of its Grammy-nominated album "Rainier Fog". The trek, which is set to kick off April 10 in Vancouver, also includes new U.S. dates.

ALICE IN CHAINS' tour will see the iconic band playing a mix of classic tracks and new songs from "Best Rock Album" nominee "Rainier Fog", which hit No. 1 across Billboard's Rock, Alternative and Hard Music charts and No. 1 on the iTunes Rock Album chart. The Grammy nomination is the band's ninth.

The group — vocalist-guitarist Jerry Cantrell, vocalist-guitarist William DuVall, drummer Sean Kinney and bassist Mike Inez — recently announced plans for a multi-episodic series of videos based on a story they introduced with "The One You Know", a clip directed by Adam Mason. They furthered the storyline with "Never Fade", with more Mason-directed clips on the way. 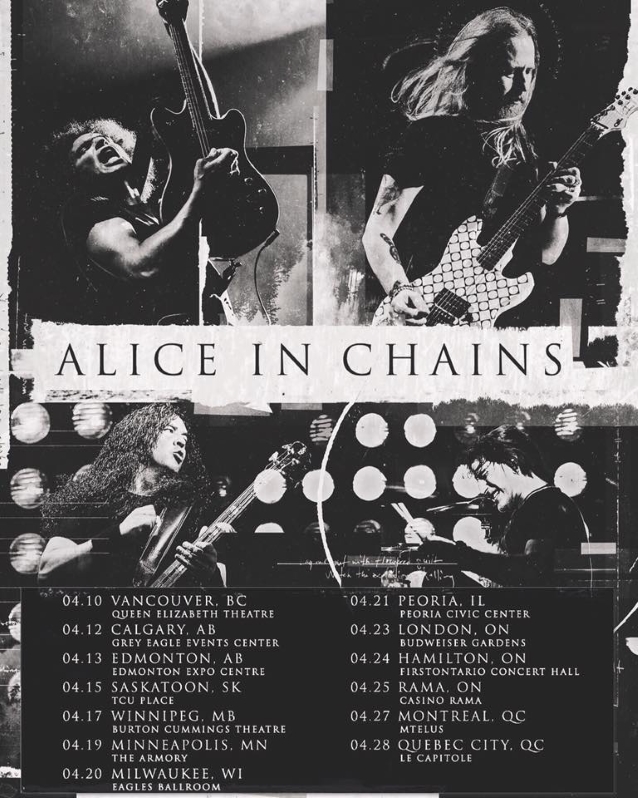