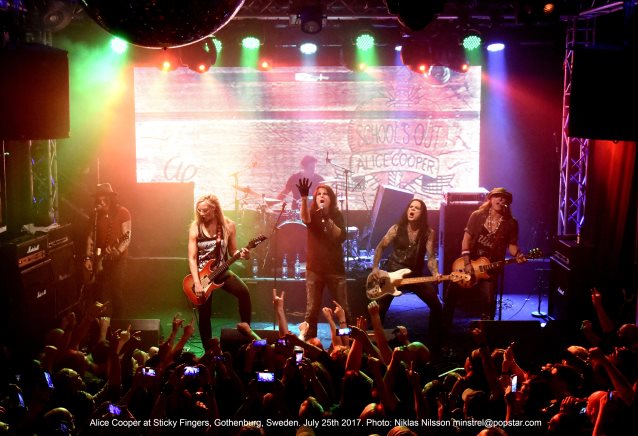 Cooper is scheduled to perform at Liseberg in Gothenburg later today (Wednesday, July 26).

Alice's new album, "Paranormal", will be released on July 28 via earMUSIC. The disc features two songs written and recorded with the original members of the ALICE COOPER band and also has guest appearances by ZZ TOP guitarist Billy Gibbons, U2 drummer Larry Mullen and Roger Glover of DEEP PURPLE.

In addition to the twelve new tracks on "Paranormal", the singer has included a bonus disc of his current band playing live versions of some of his greatest hits, such as "No More Mr. Nice Guy", "Billion Dollar Babies" and "School's Out".

Cooper told the Star Gazette last year about his current setlist: "We throw some total left curves in there. I understand that I have to do at least fifteen songs — 'Poison', 'School's Out', 'No More Mr. Nice Guy', 'Under My Wheels', all the ones that people hear on the radio. And then I know that there are the real dyed-in-the-wool Alice fans who love to hear something they never thought they'd hear — a really obscure song off of an album where they say, 'Are you kidding me? They're playing that?' I know that that works because when I go to see THE ROLLING STONES or THE WHO and all of a sudden they play an album track that's one of my favorite album tracks that never got played on the radio, I say, 'Oh, that's so cool to hear that! I never thought they'd play that!' So we do find a couple of really deep cuts, and I can see the appreciation of the audience in that." 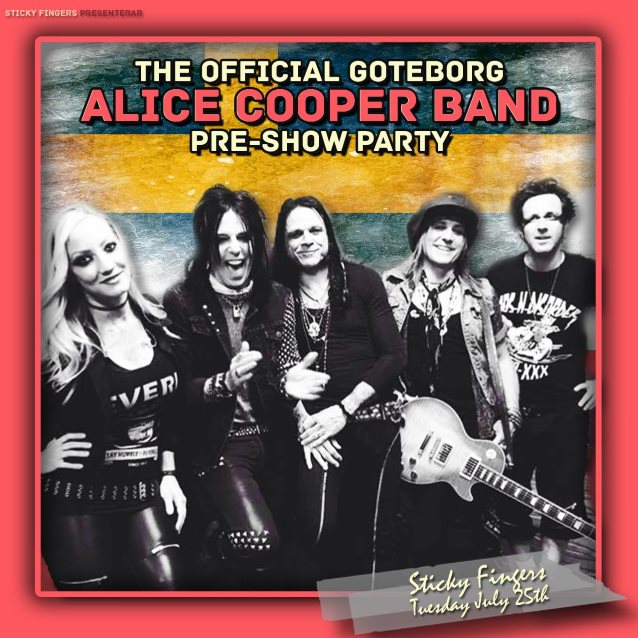