Alice Cooper, Vince Neil (MÖTLEY CRÜE), Rob Zombie, Dee Snider (TWISTED SISTER) and all four members of KISS are among the musicians who will perform at a phenomenal concert and live auction to raise money for the Brennan Rock & Roll Academy on Thursday, December 5 at The Orleans Arena in Las Vegas, Nevada. They will play with '80s and '90s cover band HAIRBALL to help the future of rock 'n' roll; the children. There will be one band and many singers performing; no timeout to reset the stage, just continuous rock from one rock legend to the next. 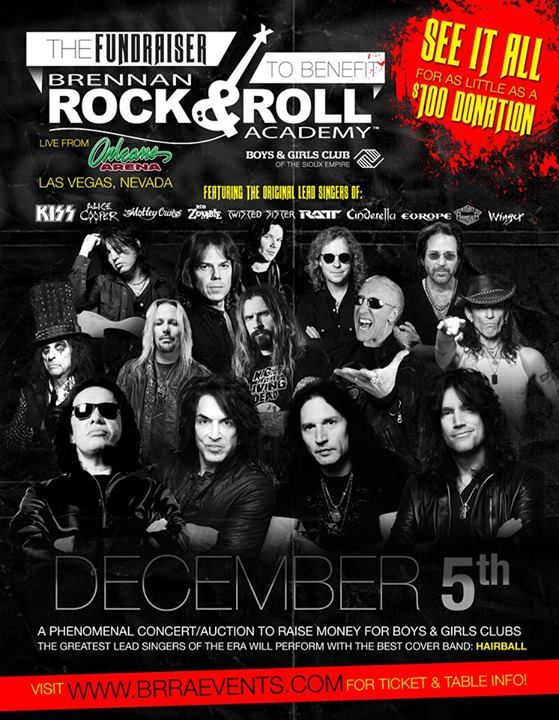