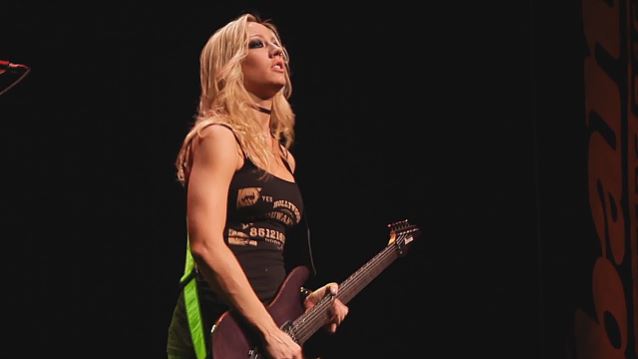 Written, recorded and produced by Nita, the song features the axewoman on all guitar and bass, alongside Josh Villalta on drums and Katt Scarlett on keyboards.

The drums were recorded at Sable Studios while the track was mixed and mastered by Travis Huff at Nocturnal Studios.

The official video for "Pandemonium", produced by Flarelight FIlms, LLC and directed by Brian Cox and Corey Soria, can be seen below.

"Pandemonium" is featured on Favored Nations Entertainment's all-female compilation "She Rocks, Volume 1". This collection of kick-ass guitar goddesses is produced by author and former Guitar World editor Brad Tolinski with iconic guitarist Steve Vai as executive producer, and showcases eleven female guitarists, each a virtuoso in her own right. From the legendary Lita Ford to Sarah Longfield's jazzy riffin', to Orianthi's melodic stylings and the all-out shredding of Nita Strauss, these players each contribute their own voice to this carefully curated collection.

"She Rocks, Volume 1" compilation will be released on January 20 via Vai's own Favored Nations label, and in cooperation with the Women's International Music Network, hosts of the famed She Rocks Awards. The compilation will be celebrated at the 2017 She Rocks Awards, taking place that evening in Anaheim, California during the annual NAMM convention.

Said Nita: "As you guys may or may not know by now, for the past year or so, I've been focusing on writing and putting my band together, and while I always thought about making a solo album, I thought my energy would be better spent right now focusing on giving the band my all and making those songs as great as they could be. But when Steve Vai asked if I'd be a part of this compilation, you better believe I jumped at the chance!

She added: "As a guitar player, even though I've always played in bands, most of my heroes have been solo players like Vai, [Joe] Satriani, Jason Becker, and, of course, the great Jennifer Batten, just to name a few. I am beyond excited to take my first step into the instrumental guitar world that I've always loved so much, and do it with the awesome players on this compilation." 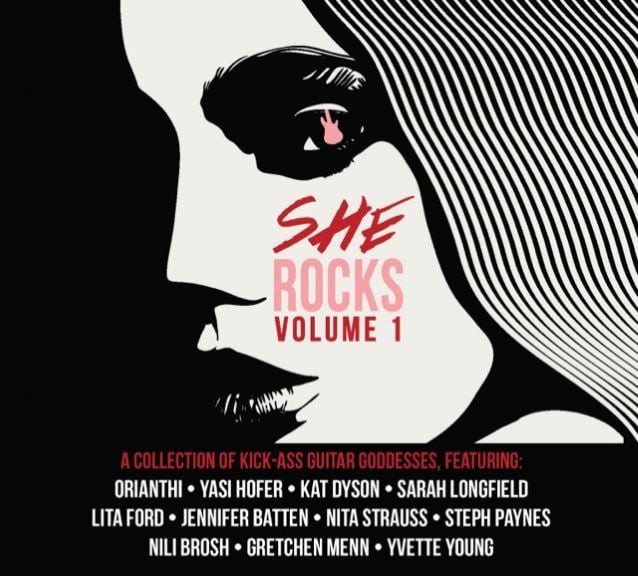 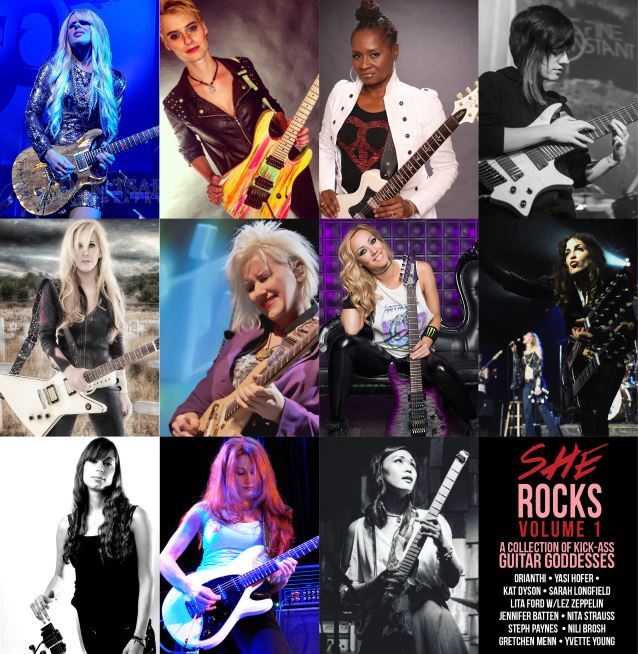