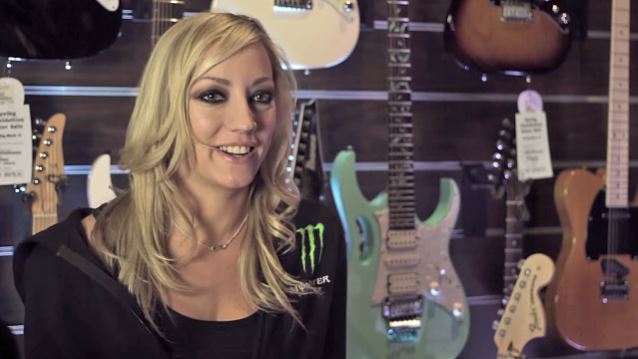 On April 24, former THE IRON MAIDENS and current ALICE COOPER guitarist Nita Strauss was interviewed by Neil Shukla at Cosmopolitan Music Hall (inside Cosmo Music) in Richmond Hill, Ontario, Canada. You can now watch the chat below. A couple of excerpts follows (transcribed by BLABBERMOUTH.NET).

On what it's like to be part of Alice Cooper's "nightmare":

On playing the role of Dave Murray in the all-female IRON MAIDEN tribute band THE IRON MAIDENS:

"It's actually a funny story. The other guitar player in THE IRON MAIDENS is my best friend Courtney Cox. And when she originally approached me to be in THE IRON MAIDENS, I said, 'Can I be Adrian [Smith]?' She said, 'No. I'm Adrian.' I said, 'Pass.' [Laughs] And then, a couple of years later, I wound up playing in the band anyway, and I assumed the role of Dave Murray-slash-Janick Gers, so I did a little bit of Dave and Janick. It was a great time. And being Dave kind of gave me the chance to stretch my musical horizons a little bit, play some scales I didn't usually play before. So it was a lot of fun."

On what drew her to the world of rock and metal:

"I started playing guitar at 15. And I think was the first heavy metal song I ever heard, which was 'Trust' by MEGADETH, that really sparked my love of heavy metal. And ever since then, it was sort of a non-stop train, a non-stop train of heavy metal… crazy train, if you will. [Laughs] And, yeah, I mean, when you feel it, when you really feel a kind of music in your heart, and you know what you're supposed to be doing, it's a beautiful thing. I feel really lucky that I did."

On her upcoming solo album:

"I'm really excited about it. It's so hard to write a solo album, with the schedule that I have. So a lot of people are asking when the solo album's gonna be released. It's probably gonna be released, at this rate, sometime in, like, 2050. [Laughs] But I'm writing [for] it. I'm really, really excited. I still have to decide if I'm gonna have vocalists on it, or if I'm gonna do an instrumental album. I'm a big fan of instrumental guitar music, so, more than likely, it'll have at least a lot of instrumental tracks. And I'm just really excited to be in the studio and writing again. And writing some heavy stuff." 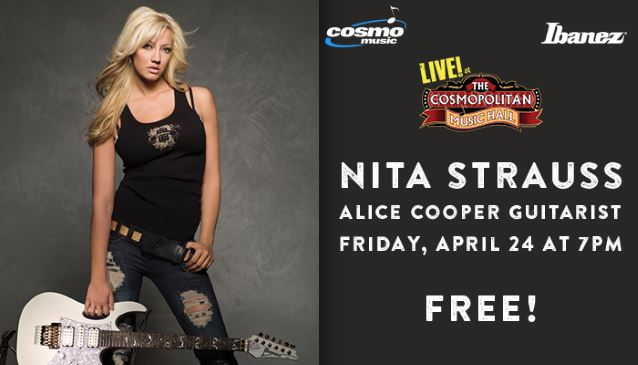