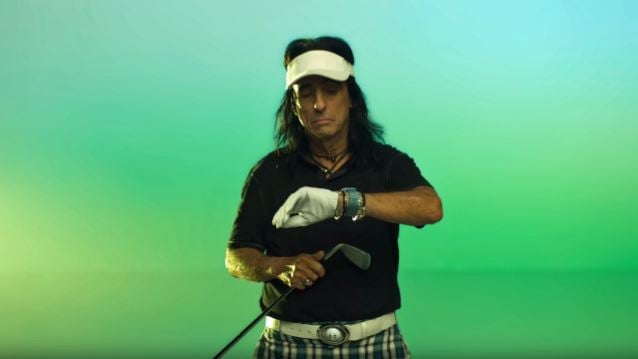 Legendary rocker Alice Cooper is featured in a new commercial for Apple Watch. In the 15-second ad, Cooper can be seen swinging futilely at golf balls but settling in the end for burning some calories, as measured by his watch.

Cooper's commercial is one of a series of seven ads which focus on different aspects of the Apple Watch. Each spot, which has a different colored background, is 15 seconds in length, giving a quick look at a single feature set to music. Three of the ads depict users reaching their fitness goals for the day, using the Workout app to track workout progress, and competing with friends for the best time.

Cooper has been a golf enthusiast for more than 30 years and has been quoted as saying he credits the game for helping him kick his drug addiction.