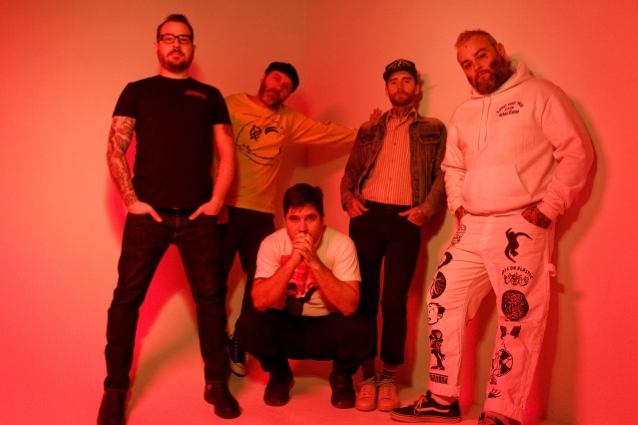 Says vocalist George Pettit: "'Complicit' is about recognizing the unfair advantages that we are afforded as white, heterosexual males. It's about rejecting regressionist ideas of racism, misogyny and hetero supremacy. It's about accepting that there is no freedom and no future in a world that is not inclusive."

Also available is a standard black seven-inch vinyl with a limited pressing of a translucent red variant randomly inserted throughout stock quantities. Along with the seven-inch vinyl, ALEXISONFIRE will have a new "Complicit"- inspired t-shirt designed by graphic artist Jeremy Dean, best known for his "Wonders Of Black Flag" designs.

ALEXISONFIRE is set to begin a tour next week, with shows kicking off in London, United Kingdom on June 1 followed by stops in New York, Los Angeles and Toronto. One of two dates at each The Wiltern in Los Angeles, Terminal 5 in New York and Budweiser Stage in Toronto are sold out. Joining the band are featured support acts CHASTITY and CHILD’S POSE in London, ANGEL DU$T and DRUG CHURCH in New York City and DRUG CHURCH and THE DIRTY NIL in Los Angeles. In Toronto, GLASSJAW and THE DIRTY NIL will perform the first night at Budweiser Stage, with QUICKSAND and MONEEN filling in as support for the second night.

Says Pettit: "These are all bands we know and respect, and think are rad. Make sure you come early!"

ALEXISONFIRE premiered the official video for "Familiar Drugs" last month, teaming up with Michael Maxxis who directed their personal favorite ALEXISONFIRE video for "The Northern" and CITY AND COLOUR's "Fragile Bird", "Thirst" and "Lover Come Back". 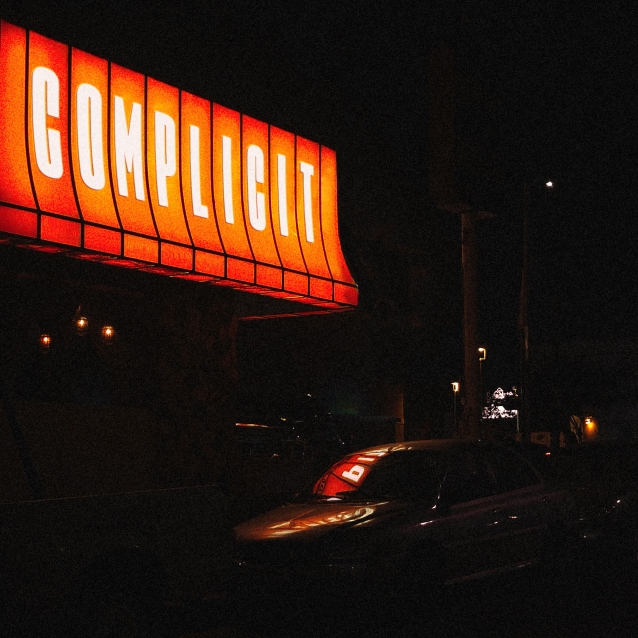