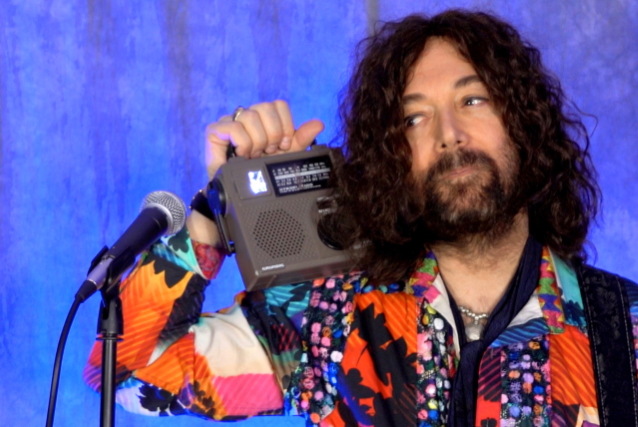 Alan Merrill's wife has revealed the "awful truth" about the treatment her husband received at a New York City hospital before he died of complications from coronavirus.

Alan, who penned the anthem "I Love Rock 'N' Roll" that became a massive hit for fellow rocker Joan Jett, passed away on Sunday at age 69. His death was announced by his daughter Laura Merrill on Facebook, hours after leaving his hospital room.

Last night (Monday, March 30), Laura once again took to her Facebook, this time to share the heatbreaking account of Joanna Lisanti, who was married to Alan for more than 30 years.

Laura wrote: "This is the reality of how they are treating people with the coronavirus. This is my step-mother's account in detail of what happens when you get the virus and what happened to my father. Please read......."

"Initially I didn't think I could bear to burden everyone on FB with the announcement of my husband's death. But since it is now out there, I'd like to say something about the awful truth about the treatment of the virus in a respected hospital, in NYC, in this COUNTRY.

"Since I have posted this story many people have asked if they could share to let people know. Yes, please do, I would like as many people as possible to take precautions.

"About 2 weeks ago, Alan felt like he was getting a cold and then the flu. I was immediately suspicious, and of course Alan being Alan, he told me I was getting hysterical for no reason. I nonetheless researched about what to do if you get the Cornavirus. Every article I read said that there is no help available unless you have severe symptoms -can't breathe or you chest really hurts. Otherwise the hospital will not admit you or test you for Covid-19. And this was absolutely true.

"There was nothing I could do for Alan except watch him get worse. When he finally couldn't breathe, was so cold he needed piles of blankets on top of him, and couldn't sleep, I called an ambulance. The EMTs told me I wasn't allowed to go with him into the ER, so there was no point in accompanying him. I didn't know what was going on until an ER doctor called me an hour later. She said as far as she could tell (good thing she's a doctor) he had the virus but he needed to be tested before he could be admitted to ICU. But that would take at least 10 hours.

"Ten hours later I didn't hear back, so I called Mt. Sinai and was told he did test positive and would be moved to ICU so he could get better attention from the pulmonologists there. At 10:30 a doctor called me and told me they were actually NOT moving him since his body was shutting down because his lungs were too destroyed to work. I asked if he had to die alone, and the doctor said I could come say goodbye. When I got to the hospital I had to argue with 3 different security guards to let me go to the ER. I stood my ground and they went back to fetch a nurse who let me in. This was around 11pm.

"The doctor who called me came to meet me and apologized and said that his numbers were now better and he was going to be transferred to the ICU where he could get the care he needed. He was on a respirator and was sedated, so he was not in pain, or at least aware of the pain.

"My husband should have been moved to the place where the experts who who were there on the front lines could help him. Every 15 minutes I would ask when he was going to be transferred and they would say in the next few minutes, but that never happened. At around 2:30 am, they were finally ready to transfer him upstairs, and I left, exhausted, not willing to battle another group of security guards in ICU.

"I walked 3 blocks towards home and the doctor called me to say he was gone, his heart and lungs just stopped beating from all the pressure they were under.

"So the net net is he was only allowed in the hospital until he was most certainly dying, and then he languished in ER for 14 hours while they tested him for corona, which he obviously had, and struggled to find someone to take him upstairs to ICU. Maybe if he was there, he would have had a fighting chance at least for those 15 hours, but of course we will never know. And now I have to grieve alone in quarantine.

"I also want to relate that I asked the doctor if I should be tested since I was around Alan for two weeks. He said if I came in looking like I did, the hospital would not let me in. However, if I couldn't breathe, I should come in and then they would admit me and test me. So essentially you have to be near dead to get help. I know there is no cure, but surely there is something they can do to alleviate the risk your lungs being destroyed, like sending oxygen to people's homes?

"Please know that I write this not for sympathy, but to let you know the reality of this disease and our country's lack of preparation for it.

"I urge you to REALLY take this seriously, and when the time comes, show your anger to the officials who knew this was coming and did nothing to prepare.

"Alan I can't even begin to imagine the ways in which I will miss you. I am sure that you are so happy that you are finally getting the credit for writing one of the world's most beloved anthems. Your family and the world is sadder without you."

In 1975, Merrill recorded "I Love Rock 'N Roll" with his band the ARROWS. Seven years later, JOAN JETT & THE BLACKHEARTS' version of the track became a No. 1 single in the U.S. and remained at the top of the chart for seven weeks.

This is the reality of how they are treating people with the coronavirus. This is my step-mother’s account in detail of...