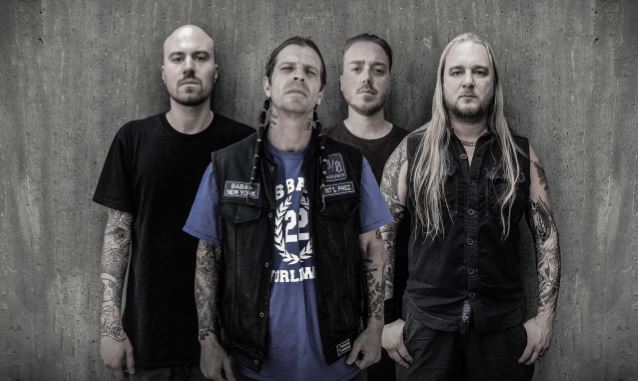 AKANI, the metallic hardcore supergroup featuring current and former members of MERAUDER, SOILWORK and DARK TRANQUILLITY, has released the third track from its forthcoming debut full-length, "Through My Darkest Infernal", due out on July 15 via Demons Run Amok.

Listen to "Temple Of Lies" below. Also available are previously released singles from the album, "Bloodlust" and "I Won't Run".

AKANI was formed in 2012 by singer Jorge Rosado from MERAUDER and DEAD REPRISE drummer Anders Löwgren with the aim of merging the rage of New York hardcore with heaviness of Swedish death metal. Joined shortly thereafter by guitarists Anders Björler and Daniel Antonsson, from AT THE GATES and SOILWORK, respectively, and ENTOMBED bassist Victor Brandt, the group soon recorded four songs for an EP titled "Santa Muerte", which was released in 2014 by Demons Run Amok and is now completely sold out.

With Daniel Cederborg, formerly of PATH OF NO RETURN, replacing the departed Anders Björler and Daniel Antonsson taking over the bass as well as guitars, AKANI is back with its first full-length and sounds more potent and heavy than ever before.

Captured between Gothenburg and New York, "Through My Darkest Infernal" sees AKANI confidently blending the straight-up, intense rage of hardcore with the crushing heaviness of metal, yet this time they've included some new twists and ideas to make this 14-track album a thoroughly rewarding and interesting listen. 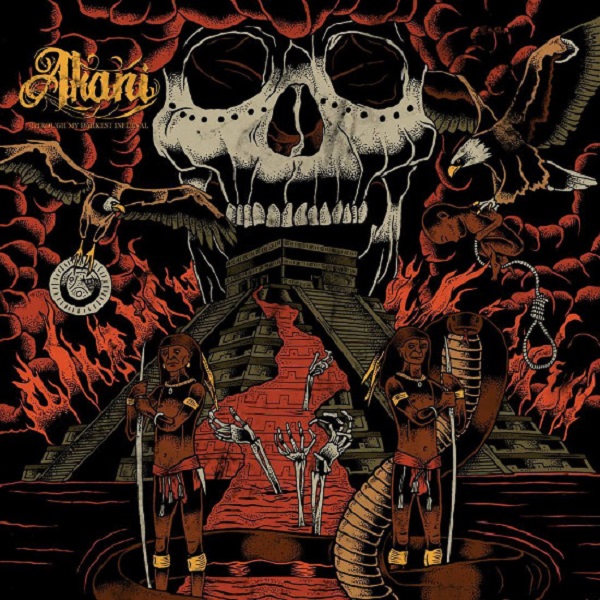