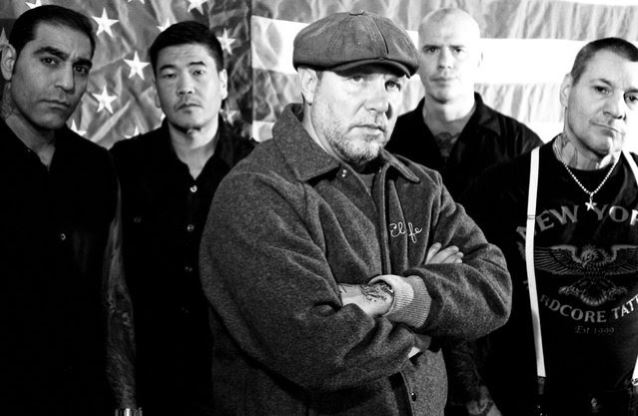 New York hardcore veterans AGNOSTIC FRONT and Venice, California crossover thrash/hardcore punk legends SUICIDAL TENDENCIES have been confirmed for next year's installment of the renowned "Persistence Tour", which is set to kick off on January 18 in Berlin, Germany. More bands for the trek will be announced soon.

AGNOSTIC FRONT's eleventh album, "The American Dream Died", was produced by MADBALL singer Freddy Cricien and engineered, mixed and mastered by Paul Miner (H2O, TERROR). The record, which features guest appearances by Cricien, Toby Morse (H2O) and Lou Koller (SICK OF IT ALL), was made available as digital download, on vinyl as well as on CD.

SUICIDAL TENDENCIES's new album, "World Gone Mad", will be released on September 30. The follow-up to 2013's "13" disc will be the band's first to feature former SLAYER drummer Dave Lombardo and guitarist Jeff Pogan, who replaced Nico Santora in May. 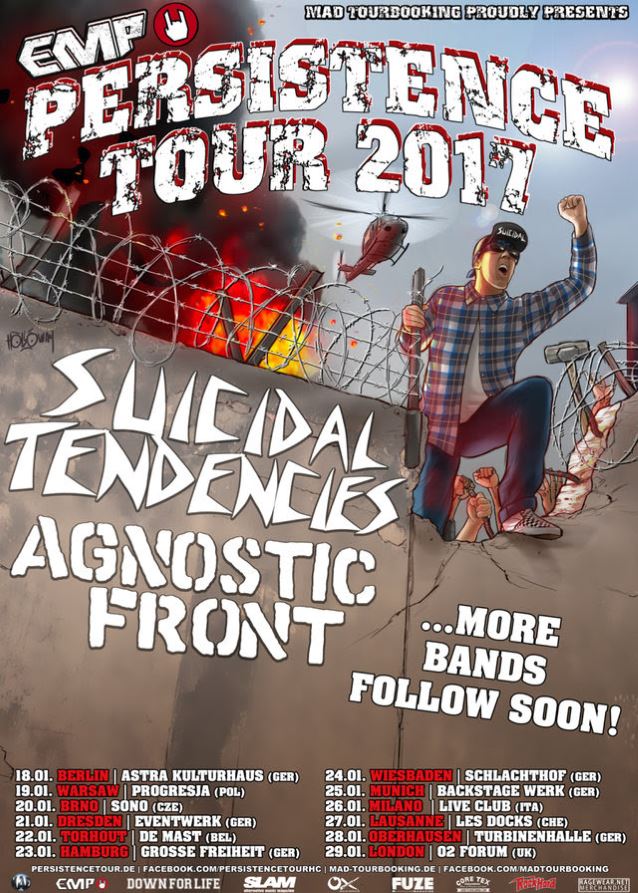