Pittsburgh, Pennsylvania-based classic heavy metal band AFTERSHOK has just released its third full-length studio album, "Detonate", via Auburn Records. The CD was recorded by Jim Dofka at JK Musicians Workshop in Washington, Pennsylvania. Mastering was handled by Maor Appelbaum, who has worked with such artists as HALFORD, SEPULTURA, ANVIL, DOKKEN, FAITH NO MORE and ARMORED SAINT. Cover art and layout design was done by Alex Yarborough.

"Although it has been a while since our last disc, we have been far from idle," says Mihalovich. "I write quite a bit, and George Borden and I rehearse and arrange new material whenever we can. Simply put, it just took time to put the puzzle together and find the right vocalist for 'Detonate'. I never expected the search would take us quite so far into the Great White North, but I believe it was worth the effort. Gord's performance speaks for itself."

Sheffroth may be a newcomer to many, but he is actually a seasoned professional. "I was excited to do the disc, but there was certain level of anxiety to come in and try to pick up after the likes of vocal powerhouse Vic Hix and deliver at that level of talent and authenticity," says Sheffroth. "In the final analysis, I am happy with what I brought to the band. I hope the metal community embraces the change — and maybe even requests a follow-up to 'Detonate' with me on it!"

Early fan response to "Detonate" in both North America and overseas in places like Germany, Greece, England and Japan has been overwhelmingly positive. The album was one of the top added at metal radio this week, debuting at #3 on CMJ's (College Music Journal) Loud Rock Chart.

"In my opinion, this is our most powerful and engaging music to date," says Borden. "I love our other two releases, but this one is a bit special. It's the by-product of years of hard work and perseverance. 'Detonate' packs a punch while still maintaining true to our sound."

"'Detonate' picks up where 'Burning Chrome' left off and is a logical musical progression that retains strong ties to our past work," adds Mihalovich. "This disc is probably a bit heavier, but regardless of any minor differences in style, the goal — as always — was to write the best songs possible."

"Detonate" is the first release of 2016 for Auburn, whose president, Bill Peters, says: "I have been working with AFTERSHOK behind the scenes since the very beginning of the band. This is our second official release together on the label. I am really excited about this album! The songs are catchy and powerful, and the production top notch. New vocalist Gord Sheffroth is an amazing talent! It's great the metal world finally has a chance to hear this guy's incredible voice. He's won me over. Metal fans are going to love this album!" 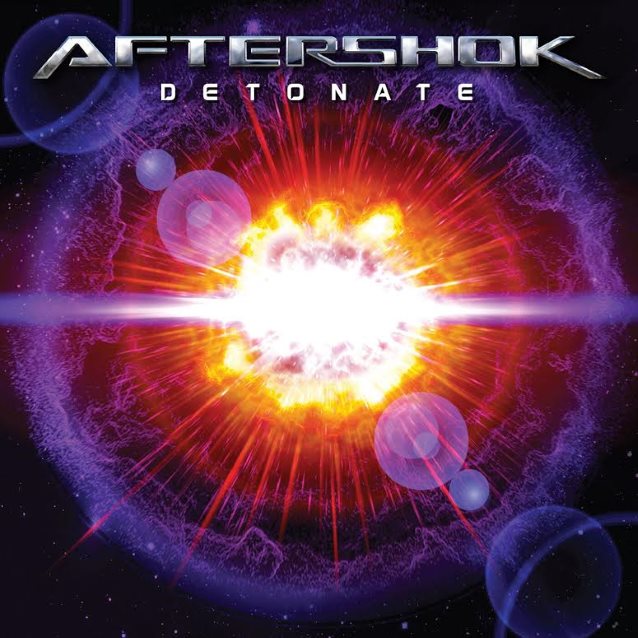