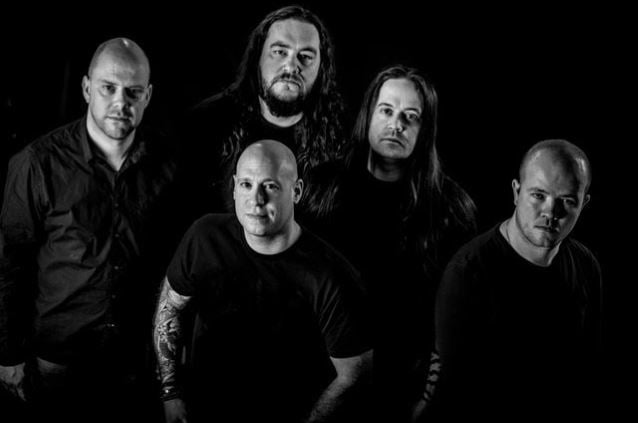 Belgian metal veterans AFTER ALL have inked a deal with NoiseArt Records. The band's ninth full-length album, "Waves Of Annihilation", will be released on June 10. The CD was once again produced by Dan Swanö and features "intriguing sci-fi artwork" by Ed Repka.

According to a press release, "Waves Of Annihilation" "skillfully fires on all cylinders and shows all the trademarks that have made AFTER ALL a genuine thrash icon. Passionate energy meets creative songwriting. Guitarists Dries Van Damme and Christophe Depree deliver monster riff after monster riff — thrash fans will have tears of joy in their eyes! Vocalist Sammy Peleman shines once more with his unique and profoundly diverse voice, providing goosebumps especially in the clean sung choruses."

Comments AFTER ALL: "We are both proud and stoked to announce that AFTER ALL have signed a three-album deal with NoiseArt Records. The new album, 'Waves Of Annihilation', is mixed, mastered and ready to be unleashed. In our humble opinion, the album contains some of the heaviest, fastest and most versatile stuff we have ever recorded. Prepare to be surprised… and floored!"

AFTER ALL has toured with such bands as ANTHRAX, KING DIAMOND, SACRED REICH and FEAR FACTORY and has played a show as the support act for JUDAS PRIEST.