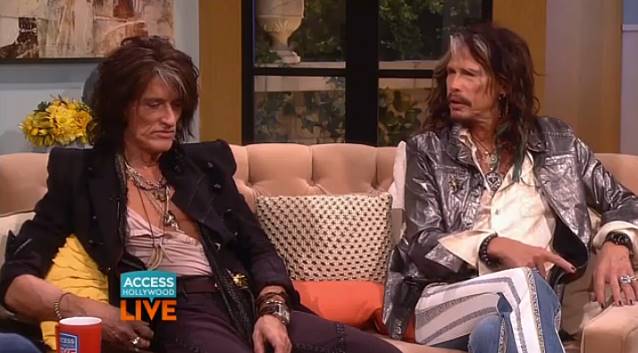 Earlier today (Tuesday, April 15), AEROSMITH's Steven Tyler and Joe Perry sat down with Billy Bush and Kit Hoover on "Access Hollywood Live" and talked about going on the road again. Check out the segment at this location.