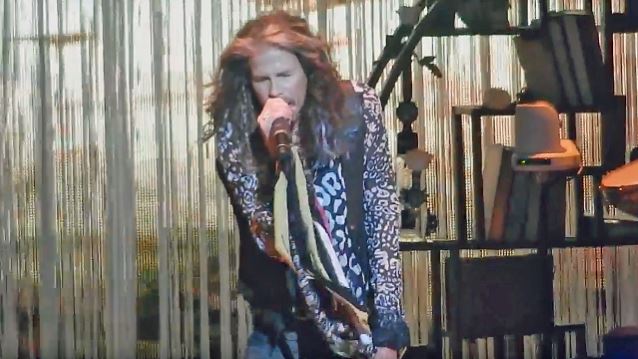 AEROSMITH singer Steven Tyler took part in an intimate concert performance, "Steven Tyler...Out On A Limb", on May 2 at Lincoln Center's David Geffen Hall in New York City. The award-winning director Brett Ratner and the legendary frontman collaborated on a unique experience to benefit Janie's Fund, Tyler's charitable initiative to help girls overcome the trauma of abuse and neglect.

Named after his hit song "Janie's Got A Gun", Janie's Fund is a collaboration between Tyler and leading non-profit organization Youth Villages established to help girls overcome the trauma of abuse and neglect. Launched in November 2015, Janie's Fund offered a historic 54 days of impact coinciding with the 26th anniversary of the release of the song.

"Steven Tyler...Out On A Limb" showcased in-depth stories and insights on stage from recounts of his piano upbringing to trials and tribulations of life with his band. Backed by his Nashville-based band LOVING MARY, Tyler led the crowd on a time-traveling journey from his musical ancestors in Calabria, Italy all the way to Route 440 and Nashville's country music.

Prior to the concert, Tyler said: "I'm digging deep and finding some real buried treasure for this one. I've never performed quite like this before. I'm telling it like it is and getting to perform with some extremely talented musicians and dear friends from Nashville. For this show, we're taking it up close and personal and truly going... out on a limb."

One of music's most recognizable and dynamic performers, Tyler has been cited by Rolling Stone as "one of the greatest singers of all time." Tyler and AEROSMITH have sold more than 150 million records worldwide and he has won four Grammy Awards, six American Music Awards, four Billboard Music Awards and an Emmy Award. In addition to having nine number one hits, AEROSMITH has received 25 gold, 18 platinum and 12 multi-platinum album certifications. Tyler's highly-anticipated upcoming solo album is scheduled for release later this summer on Big Machine Label Group's Dot Records. His current single, "Red, White, & You", is available now. 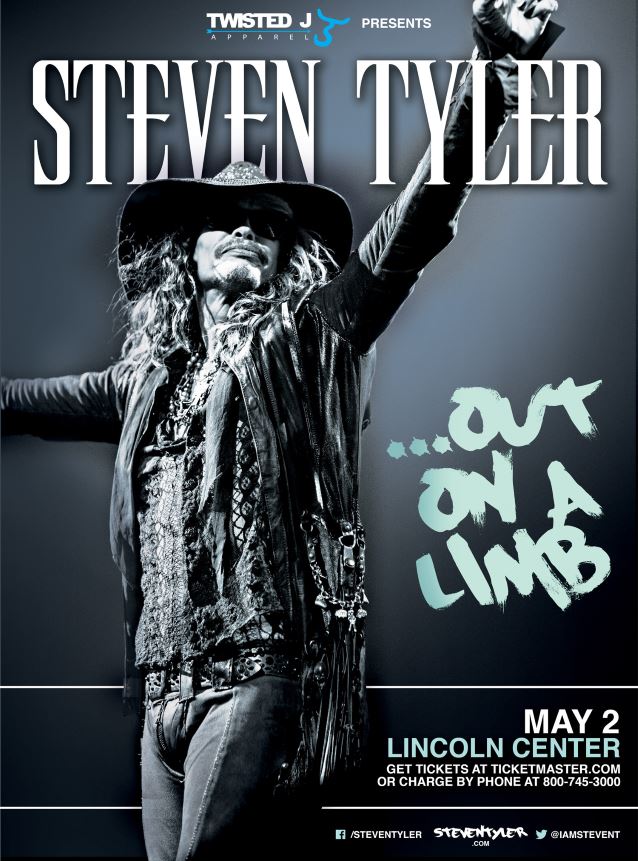