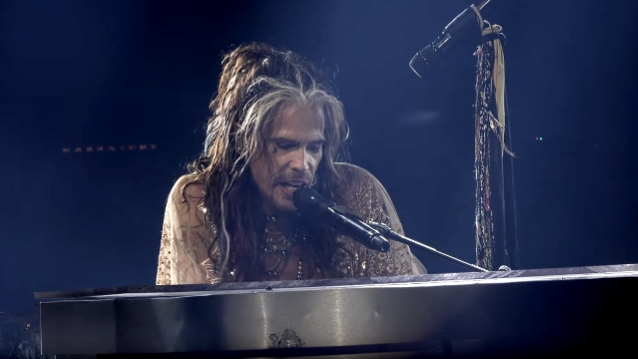 Professionally filmed video footage of AEROSMITH performing the song "Angel" at the June 27 stop of the band's Las Vegas residency, "Deuces Are Wild", at the Park Theater at Park MGM can be seen below.

Grammy Award-winning producer Giles Martin, known for creating the soundscape for "The Beatles Love" by Cirque du Soleil show in Las Vegas is working on the show as producer.

AEROSMITH teamed up with THX and L-Acoustics for the residency at Park Theater to deliver the world's first THX Certified live performance presented in L-ISA Immersive Hyperreal Sound.

AEROSMITH is scheduled to play 17 more shows in Las Vegas before the end of the year — four in September, four in October, seven in November, and two in December. The band also has multiple-night "Deuces Are Wild" engagements booked at MGM properties in National Harbor, Maryland; Atlantic City, New Jersey; and Springfield, Massachusetts.