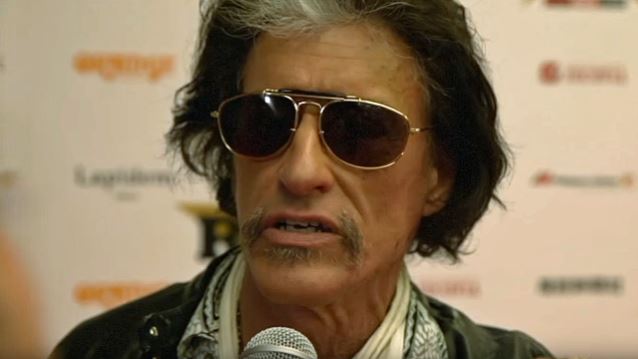 AEROSMITH co-founding member and rock icon Joe Perry took time off from his work with AEROSMITH and the HOLLYWOOD VAMPIRES to be on hand last week (November 11) as the Classic Rock Awards 2016 made their debut in Tokyo, Japan.

"I've been a fan of Classic Rock magazine for many years and appreciate what they do for our music, and I thought it would great to be part of an event as big as this," Joe Perry says. "I literally just finished a six-week AEROSMITH tour in South America and I didn't even have to unpack my bags. When I heard Jeff [Beck], Jimmy [Page] and Johnny [Depp] and CHEAP TRICK were going to be there as well as bunch of my other friends, I couldn't resist and had to go. It was a party from the minute I landed to the time I left."

Perry and his HOLLYWOOD VAMPIRES bandmate Johnny Depp joined a cast of rock icons who were on hand for the show. Perry and Depp performed a five-song set, accompanied by the all-star band honoree Jeff Beck had assembled for the night on "Stop Messin' Around", "Come Together", "Train Kept A Rollin'", "As Bad As I Am" and "Sweet Emotion".

Jeff Beck was given the highest honors on the night and he assembled his own special band of musicians for the event. The all-star cast featured brothers Dean and Robert DeLeo of STONE TEMPLE PILOTS on guitar and bass, guitarist Tommy Henriksen of U.S.-based supergroup HOLLYWOOD VAMPIRES, and KORN drummer Ray Luzier.

"Even though AEROSMITH is considered classic rock, Jimmy and Jeff were and still are pioneers," Joe adds. "They have been an influence on my playing and have helped to create the foundation for what we now call classic rock. To count them as friends is a great thing."

Up next for Perry is a show with the HOLLYWOOD VAMPIRES, Sammy Hagar and KORN at Alice Cooper's fifteenth annual Christmas Pudding event Saturday, December 3 in Phoenix, Arizona. Proceeds from the show directly benefit Alice Cooper's Solid Rock Teen Center. The new year will see the legendary guitarist finishing up some solo projects and working with Steven Tyler on some new AEROSMITH material.

Meanwhile, early next year, the NAMM Foundation will honor Perry with the prestigious Les Paul Award at a January 21 ceremony in Anaheim, California as part of the 2017 NAMM TEC Awards. The annual award is given on behalf of the Les Paul Foundation and honors individuals that have set the highest standards of excellence in the creative application of recording technology in the spirit of the famed audio pioneer, inventor and musician Les Paul. Perry — who was included in Rolling Stone's list of "100 Greatest Guitarists of All Time" — is also scheduled to perform live before an audience of pro audio and sound production inventors, musicians and industry friends.

"Anytime my name is mentioned in the same sentence as Les Paul, it's a huge honor," said Perry. "Getting an award bearing his name is the icing on the cake." 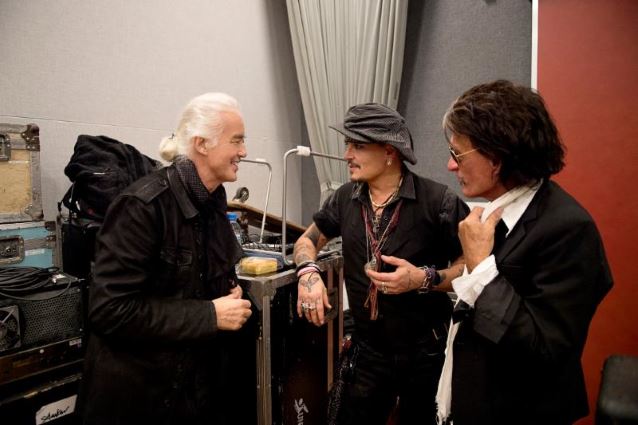 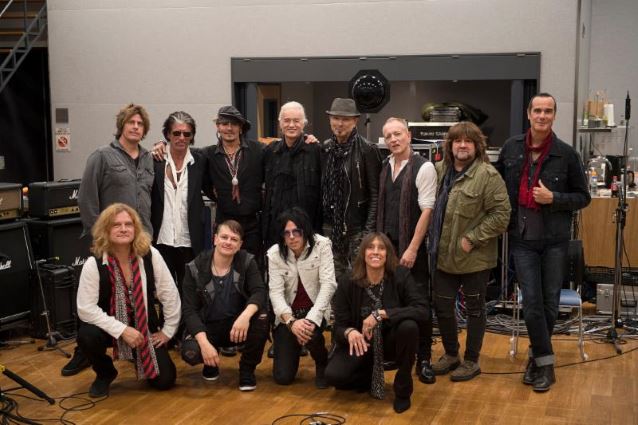