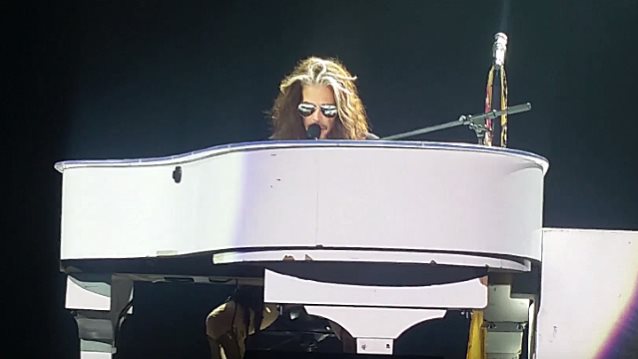 AEROSMITH paid tribute to Chris Cornell by holding a moment of silence in his memory during the band's May 20 concert at Black Sea Arena in Batumi, Georgia.

AEROSMITH honored the SOUNDGARDEN frontman by displaying a photo of Cornell on the stage's video screens before singer Steven Tyler came out for the show's first encore and positioned himself behind a white grand piano. He told the crowd: "Let's take a moment of silence for Chris Cornell." After a brief pause, he added: "Dear God, may this man forever 'dream on.'" Tyler then launched into the first notes of AEROSMITH's 1973 rock epic "Dream On".