AEROSMITH will embark on a European tour next summer. The 14-date trek will kick off on June 13 at Milan, Italy's iDays festival and will conclude on July 27 at Mönchengladbach, Germany's Sparkassenpark.

AEROSMITH recently extended its "Deuces Are Wild" Las Vegas residency with 15 more dates in early 2020 due to "extraordinary demand."

The band has been playing without drummer Joey Kramer, who is recovering after twisting his ankle during rehearsal. Filling in for him is Kramer's drum tech, John Douglas.

AEROSMITH enlisted THE BEATLES archival producer Giles Martin, who co-designed the sound for Cirque Du Soleil's THE BEATLES "Love" show, to supervise its sound in Vegas.

The lackluster response to "Music From Another Dimension!" later caused two bandmembers — guitarist Joe Perry and drummer Joey Kramer — to question whether there's any point in AEROSMITH making future albums. 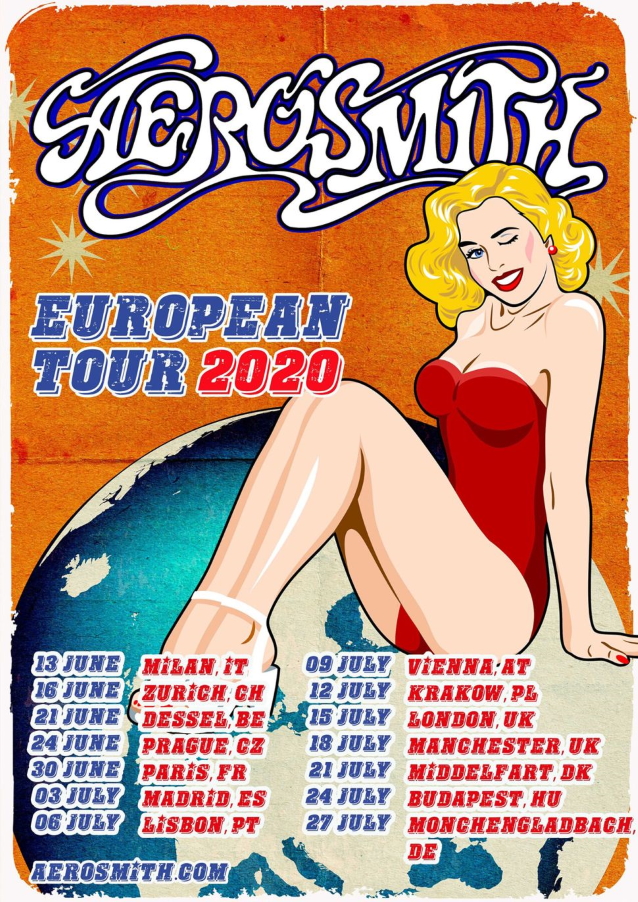