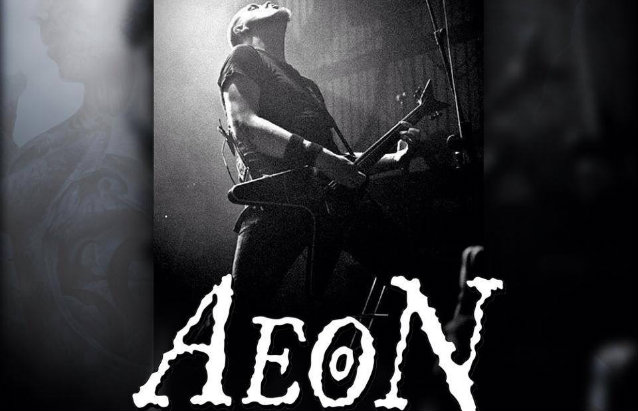 Says AEON in a statement: "We are all very exited about [Ronnie's addition to the band] and we say welcome to Ronnie. We're looking forward to fans seeing us live with Ronnie and hope to be back to the U.S. some point this year."

Adds Ronnie: "Having worked with the band for over four years as their front-of-house tech and producing their latest album, I know AEON is one of the best death metal bands out there. It is an honor for me to be sharing stage with the guys."

Guitarist Daniel Dlimi announced his departure from AEON last October, explaining in a statement: "I simply can't afford doing this no more. To tour with a band in our size, you actually lose money on each and every tour. For us, the expenses is always higher then the income, and if that wasn't enough, I also need to take time of from my daytime job which means absolutely no income at all during the period of a tour plus the extra expenses I get from the tour that does not get covered by the tour income."