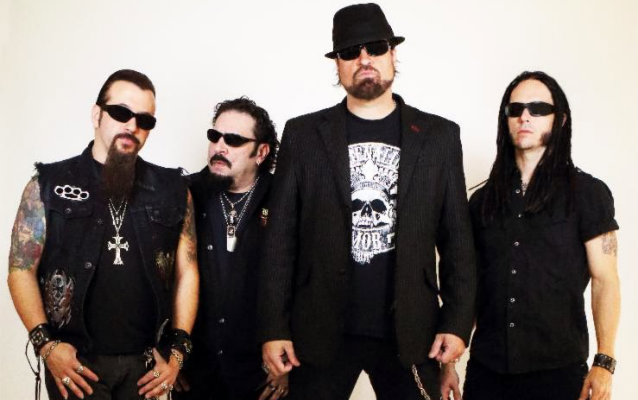 In a brand new interview with JoeDaly.net, SYMPHONY X and ADRENALINE MOB singer Russell Allen spoke about the June 2013 departure of drummer Mike Portnoy (DREAM THEATER, THE WINERY DOGS) from ADRENALINE MOB and the addition of A.J. Pero (TWISTED SISTER).

"The dynamic with [A.J.] is better in some ways… it's all better, I've got to be honest," Russell said.

"A.J. is the kind of guy who you just love to be on tour with. Let's put it this way, he's been around forever, [and] he's played bigger shows than anybody that's ever been in our band.

"TWISTED SISTER was a huge, huge act and they still play headlining festivals in Europe, so hundreds of thousands of people, still.

"At the end of our shows, do you know what he's doing? He's helping the local crews load the trailer. That's A.J. Pero. He's that dude. He's a crew guy. I have two guys in the band like that. There's no rock star shit with him, he's a man's man, he's a hard-working guy and I've got nothing but respect for him. He brings that sort of attitude on the road. So nothing really gets to him. Nothing gets him down that he's such a rock in so many ways. He's my enforcer — he makes it happen. I've learned a lot from him and he teaches me to be patient, which is not always easy in this life and especially in this business. He's a tough son of a bitch. I wouldn't mess with him, but he's a sweetheart of a guy and we have a lot of laughs. All in all, he's an amazing asset and amazing addition."

ADRENALINE MOB will release "Dearly Departed" through Century Media on February 9 in Europe (digital only) and February 10 in North America. 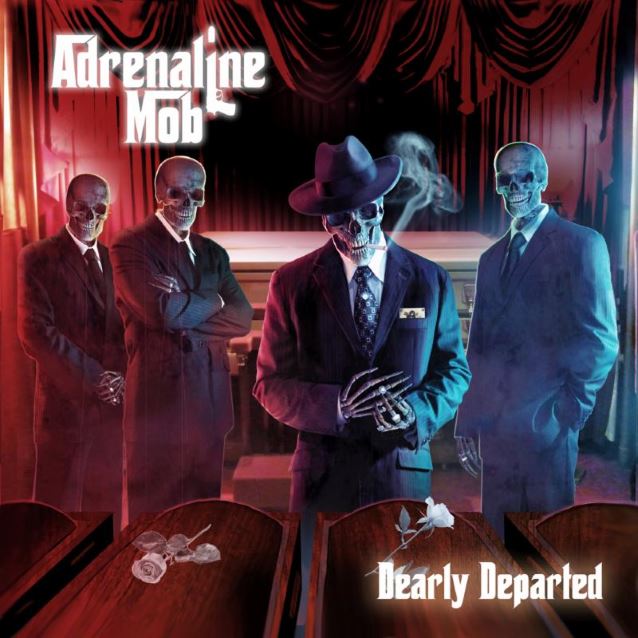