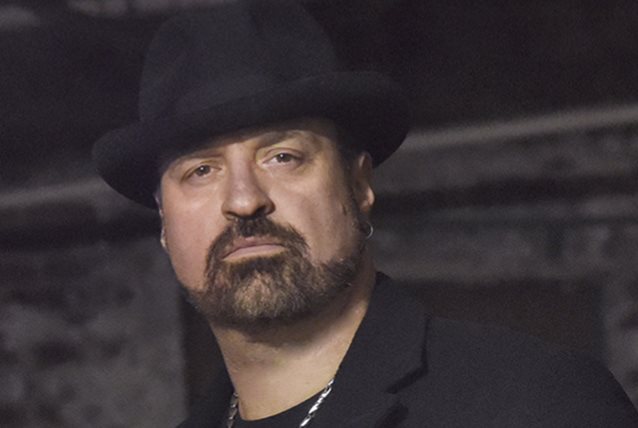 ADRENALINE MOB singer Russell Allen has thanked fans for their support, one day after being involved in a crash that resulted in the death of the band's bassist David Zablidowsky.

Earlier this afternoon, Russell — who also sings for SYMPHONY X — took to his Facebook page to write: "Yesterday I was involved in an accident that took the life of my dear friend and bandmate David Z and left three of our crew in critical condition.

"I am so grateful for the outpouring of love we have received from around the world.

"Please continue to pray for David's family during this difficult time. And those in critical condition.

"I want to personally thank Marine Lance Cpl. Patrick Dumon for his bravery in assisting me pull our driver Jason [McCole] from the wreckage and for attending to his wounds. And for helping me to secure and attend to Jane [tour manager Janet Rains, a.k.a. Jane Train] once I was able to get her free from the fire. Without his selfless act of courage, I would not have been able to get them clear of the RV before it was engulfed in flames. On behalf of my band and crew, I thank you."

Yesterday I was involved in an accident that took the life of my dear friend and band mate David Z Rock and left 3 of...