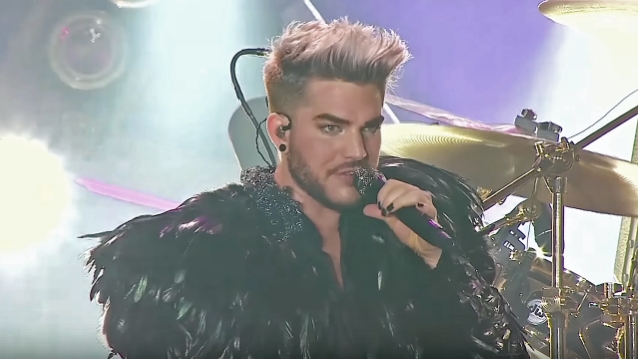 Adam Lambert paid tribute to Aretha Franklin, the "Queen of Soul," who died on August 16 after it was reported that she was "gravely ill" in Detroit. Her family said that the cause of death was advanced pancreatic cancer of the neuroendocrine type.

During an appearance on "On With Mario Lopez", the 36-year-old singer, who has been performing with QUEEN since 2011, and touring with the band since 2014, said: "I love Aretha Franklin. Even from a young age, before I really understood my own voice, every time I would hear her, I'm, like, 'Wow! How does she do that?' Trying to understand, as a singer, how is she making…? It was so effortless for her; it was elastic, her voice — it would just do whatever she was feeling. And now, a little older, looking at it and listening to her, I'm, like, she was so connected to her feeling. It wasn't about the note or the technique — it was all about feelings. I'm very inspired by that.

"Actually, [late QUEEN frontman] Freddie Mercury is on record saying that Aretha Franklin was one of his favorite singers ever," he continued. "And when he wrote 'Somebody To Love', it was actually sort of his Aretha Franklin song — he wanted to write a soul track. And you can hear it in the phrasing of the song and the vibe of it — it's got more of that American soul to it."

Lambert also talked about the QUEEN + ADAM LAMBERT's "The Crown Jewels" residency, which runs for 10 dates beginning September 1 at Park Theater at Park MGM in Las Vegas, Nevada. Speaking about the band's setlist for the upcoming shows, he said: "We have to do the 'crown jewels'; we have to do the best of the best. People come to see our shows and they want their favorite QUEEN songs — and there's so many of them; there's a ton of hits. So we have to get through all of those, and it can't be too long of a show, so I think that's gonna be the set — the greatest hits. And there might be a couple of little surprise things in there; I'm not sure yet. We're gonna get there on [August] 28th, have a couple of days to kind of surprise ourselves and come up with something new, maybe."

According to Adam, there is no end date in sight for his collaboration with QUEEN, which began after his 2008 audition for "American Idol", where he performed — somewhat prophetically — QUEEN's "Bohemian Rhapsody". "It's one of those things where we kind of take it as it goes," he said. "Each time we go out on another leg of touring, it's kind of, like, 'Are we doing this again? Okay. Cool.' They're very kind of chill about it."

Lambert said that he didn't think his time with QUEEN would last as long as it has. "I'm just glad that I sang 'Bohemian Rhapsody' for my 'Idol' audition, because if I hadn't done that, I don't know even know if it would have happened at all," he explained. "But after the first time performing together, it was kind of, like, 'Oh my gosh! This is amazing!' I thought it was a once-in-a-lifetime thing. And then we did a big tour together, and then it led to another tour. It's like the gift that keeps on giving. I'm very, very honored."

Lambert and QUEEN's Brian May and Roger Taylor arrived in Las Vegas by private jet on Tuesday, August 28 at the MGM Resorts aviation hangar, and then went right to a press conference to talk to the media about the residency.

Tickets for "The Crown Jewels" shows range in price from $79 to $350, not including applicable service charges, at the Ticketmaster web site. 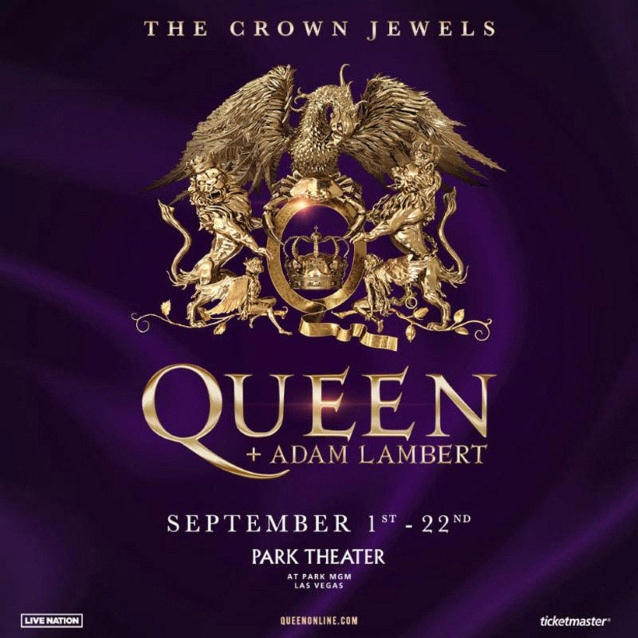