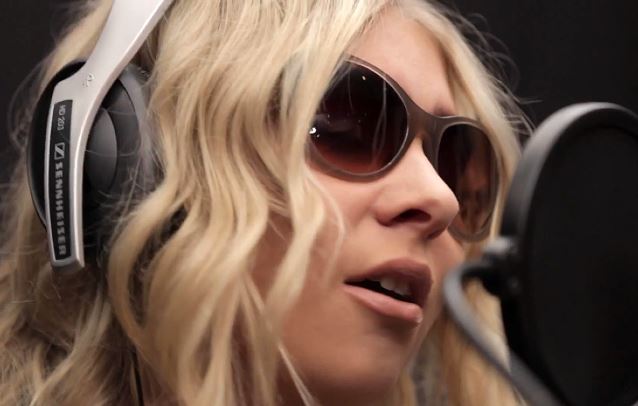 According to The Pulse Of Radio, THE PRETTY RECKLESS have had an incredible year in 2014 and plan to keep the momentum going in the New Year. One project on the band's agenda is an acoustic record featuring stripped down versions of songs from the group's recent hit album, "Going To Hell". Singer Taylor Momsen told Loudwire, "We're making it very simple, just giving the listener an inside look as to how the song started when I was sitting on my couch… It's something you don't get from an artist very often, how the writer actually wrote the song as opposed to hearing the produced, done version."

Momsen told The Pulse Of Radio not long ago that the band's goal for "Going To Hell" was to create a set of songs they would enjoy playing live. "I think we all were subconsciously writing with the idea that we have to play this for the next two years of — hopefully the next 10, 20 but, you know [laughs], at least the next tour cycle for sure. So we want to make it fun for us every night onstage."

The disc has yielded two No. 1 rock radio hits with "Heaven Knows" and "Messed Up World", making THE PRETTY RECKLESS the first female-fronted act to have its first two singles both hit the top spot.

The latest single from the record is "Follow Me Down".

THE PRETTY RECKLESS will open for NICKELBACK on a lengthy North American tour that begins February 14 in Allentown, Pennsylvania.