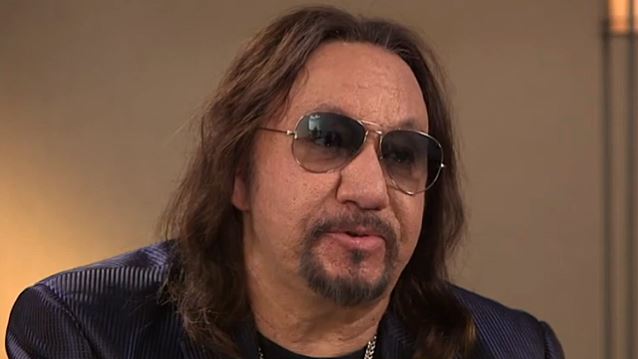 Original KISS guitarist Ace Frehley spoke to Australia's "Today" show ahead of his upcoming tour of the country. You can watch the chat at this location.

Speaking about why he chose to leave KISS the first time, Frehley said: "I quit because I started abusing substances and alcohol. And I also wasn't agreeing with the direction of the way the band was going. You know, we had that big hit 'I Was Made For Loving You' and I'm more of a blues-based rock guitar player."

He continued: "When I left, there was a sigh of relief, because I just felt like I was on a collision course with… I just thought I was gonna end up being a statistic."

Asked if it's hard staying sober, Frehley responded: "The first year or two is hard. Now it's like… When I look at photos of me when I'm all bloated and I think about the days when I was looking at being in trouble with the law for drunk driving and all that crazy stuff… And health reasons too."

"Space Invader", which was made available in Europe on August 18, 2014 (three days earlier in Germany and Scandinavia) through SPV/Steamhammer, includes 11 brand new original songs as well as a cover of Steve Miller's "The Joker".