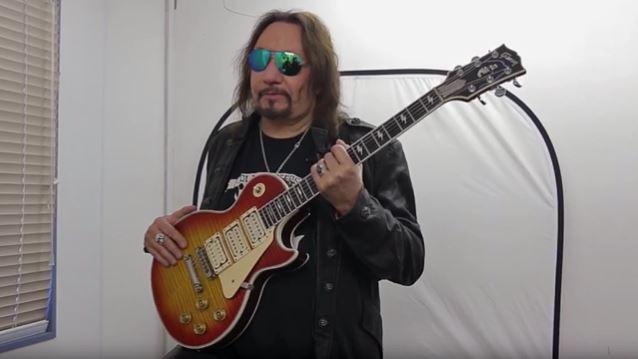 Original KISS guitarist Ace Frehley recently showed U.K.'s Total Guitar magazine one of the initial run of signature Les Paul custom Gibson guitars made for him during his reunion era with KISS. Check out the clip below.