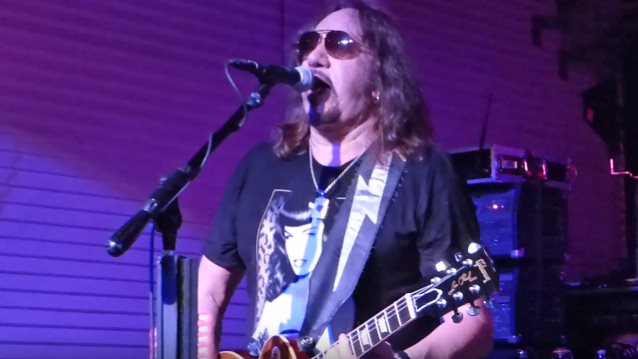 ACE FREHLEY, CORROSION OF CONFORMITY (featuring Pepper Keenan), DIAMOND HEAD, GOJIRA, PENTAGRAM and SLEEP are among the latest confirmed acts for Psycho Las Vegas 2017, set to take place from August 18 through August 20, with a pre-party August 17, at the Hard Rock Hotel And Casino Las Vegas in Las Vegas, Nevada.

The event includes exclusive 2017 U.S. appearances by KING DIAMOND performing the landmark "Abigail" release in its entirety, French progressive rock unit MAGMA, black metallers ABBATH led by former IMMORTAL guitarist/vocalist Abbath, and cult stoner/desert rock unit SLO BURN fronted by KYUSS's John Garcia. Additionally, Mulatu Astatke, the father of Ethio-jazz, will be making his west of Chicago exclusive appearance while MANILLA ROAD, who will be celebrating their 40th anniversary, will perform their classic "Crystal Logic" in its entirety as a worldwide exclusive for Psycho Las Vegas 2017 . 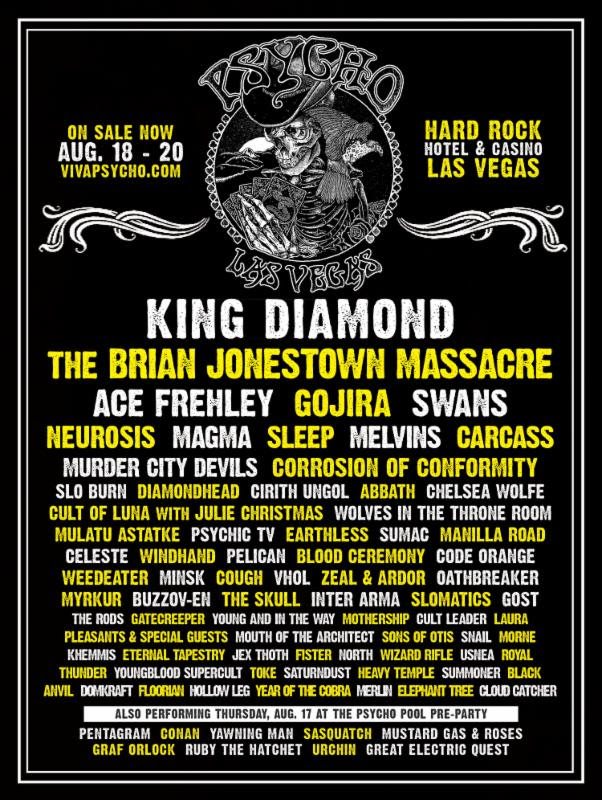