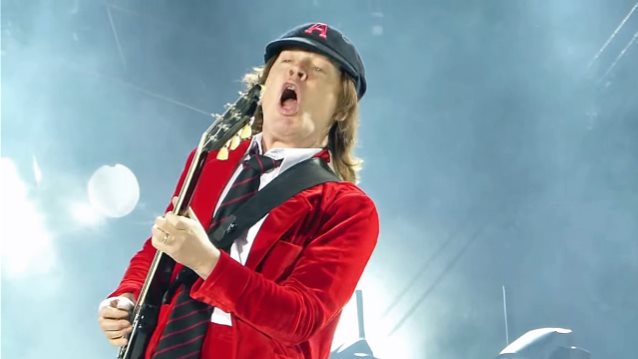 The opening riff of AC/DC's classic 1980 song "Rock And Roll Ain't Noise Pollution" is featured in a new series of TV spots from the Applebee's restaurant chain. The spots are part of the new Applebee's advertising campaign, created by the brand's Kansas City-based ad agency, Barkley, consisting of 15- and 30-second spots aimed at bringing back fans and winning over critics with straight-talk, authenticity and powerful, up-close visuals of the chain's American-made, wood-fired grills.

The new series of ads tell Applebee's "Hand-Cut, Wood-Fired" story with a confident brand voice and a natural energy that stands in stark contrast to the manufactured frenzy pervading most restaurant advertising. The spots feature slow, unflinching shots of hand-cut steaks being "seared to smoky-oak perfection" on Applebee's "fire-breathing workhorse" grill. The appeal of the ads is further fueled by iconic rock music, including "Rock And Roll Ain't Noise Pollution".

AC/DC has famously been reluctant to license its music for advertising, although the band appears to have softened its attitude toward the practice. In 2011, AC/DC allowed the opening riff to its "Back In Black" song to be used in a commercial for Walmart, three years after making its "Black Ice" album available for sale in the U.S. exclusively at Walmart stores.

"They have a purist approach," Steve Barnett, the chairman of Columbia Records, a division of Sony Music Entertainment, told The New York Times. "Their instinct was always to do the right thing for fans, think long term and not be influenced by financial rewards."