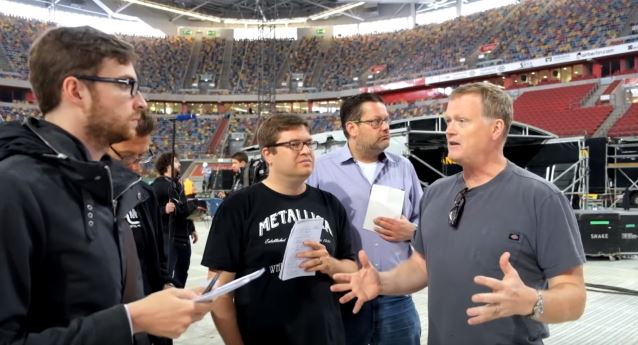 AC/DC's production manager Dale "Opie" Skjerseth spoke to the local media at the Düsseldorf, Germany stop of the band's "Rock Or Bust" world tour about how it all comes together. Check out the footage of below (courtesy of Metal-Heads.de).

AC/DC has one show left to go on the European leg of its tour and has finalized the ten rescheduled North American dates it will play later this summer — after singer Axl Rose finishes his stadium trek with GUNS N' ROSES.