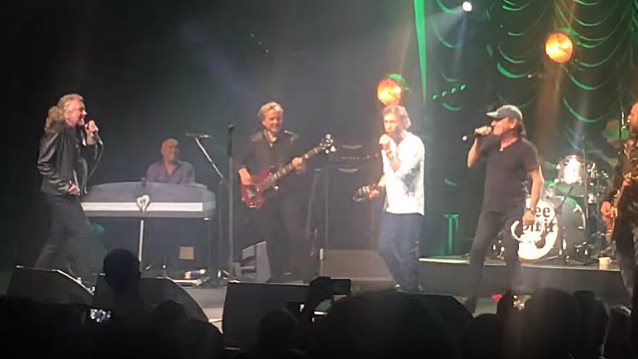 AC/DC singer Brian Johnson and LED ZEPPELIN frontman Robert Plant joined Paul Rodgers for an encore performance of Barrett Strong's 1959 classic "Money (That's What I Want)" earlier tonight (Sunday, May 14) in Oxford, England. Fan-filmed video footage of their appearance can be seen below.

The gig at the New Theatre Oxford was part of Rodgers's "Free Spirit" tour, which is celebrating the music of his first band, FREE.

Plant and Johnson were recently seen filming an episode of Johnson's "A Life On The Road" television series.

Brian, who was born in Dunston, Gateshead, joined AC/DC in 1980 as lead vocalist and his first album with the group, "Back in Black", is one of the most successful albums of all time, selling over 22 million copies in the U.S. alone.

Brian has maintained his thick Geordie accent despite splitting his time between Florida, where he has had a home for the last four decades, and London.

AC/DC postponed the last ten dates of its North American tour last year after doctors told Johnson he faced a total loss of hearing if he did not stop touring immediately. AC/DC completed the tour last summer, with GUNS N' ROSES singer Axl Rose as a "guest vocalist" and Johnson apparently not returning to the group. 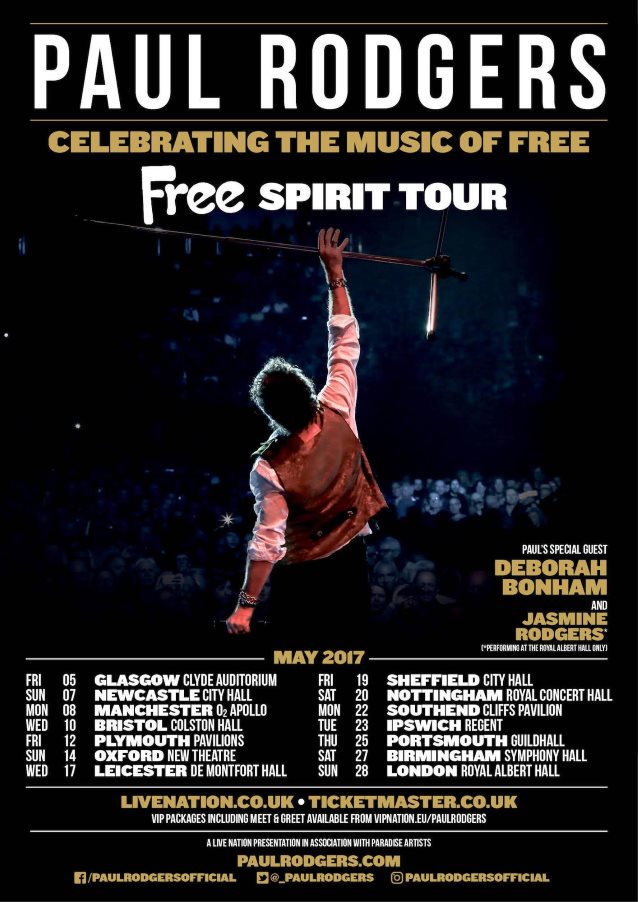