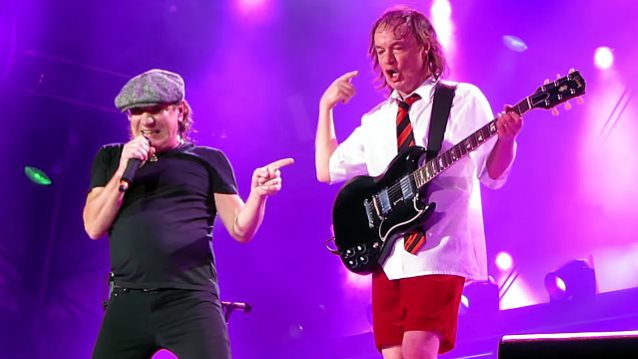 The group quickly decided to press on and hired Brian Johnson from the band GEORDIE to take over on vocals, and they headed to the Bahamas for about six weeks to do the album. AC/DC had made some serious headway in America before Scott's death, but no one knew how "Back In Black" would be received. The album took off, and eventually sold over 22 million copies in the U.S.

"Back In Black" is No. 6 on the list of the biggest-selling albums in the U.S.

The album was produced by Robert "Mutt" Lange, who went on to produce DEF LEPPARD, FOREIGNER, THE CARS, and BRYAN ADAMS.