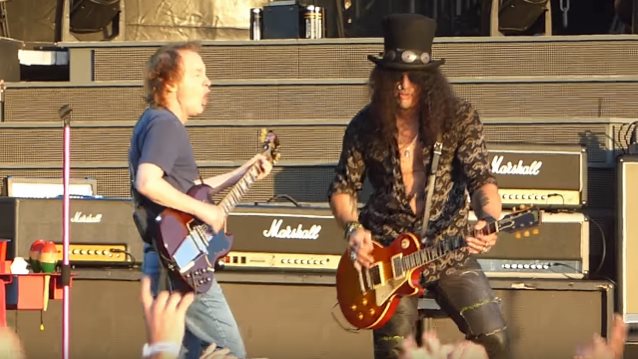 AC/DC guitarist Angus Young made a guest appearance with GUNS N' ROSES this past Wednesday night (July 12) at Goffertpark in Nijmegen, The Netherlands during the European leg of the latter band's "Not In This Lifetime" tour.

Young joined GUNS to perform the AC/DC classics "Whole Lotta Rosie" from 1977's "Let There Be Rock" and "Riff Raff" from 1978's "Powerage". The guitarist appeared in regular street clothes instead of his trademark schoolboy outfit.

Young previously played with GUNS N' ROSES on June 22 in Hannover, Germany and at two shows in Sydney, Australia in February. He also jumped on stage with the group in April 2016 at the Coachella Valley Music And Arts Festival.

GUNS N' ROSES lead singer Axl Rose did a string of European and North American concerts with AC/DC in 2016, mostly to fan and critical acclaim.

GUNS will come back to North America for at least another fifteen stadium dates this summer, starting on July 27 in St. Louis and ending on September 8 in San Antonio. 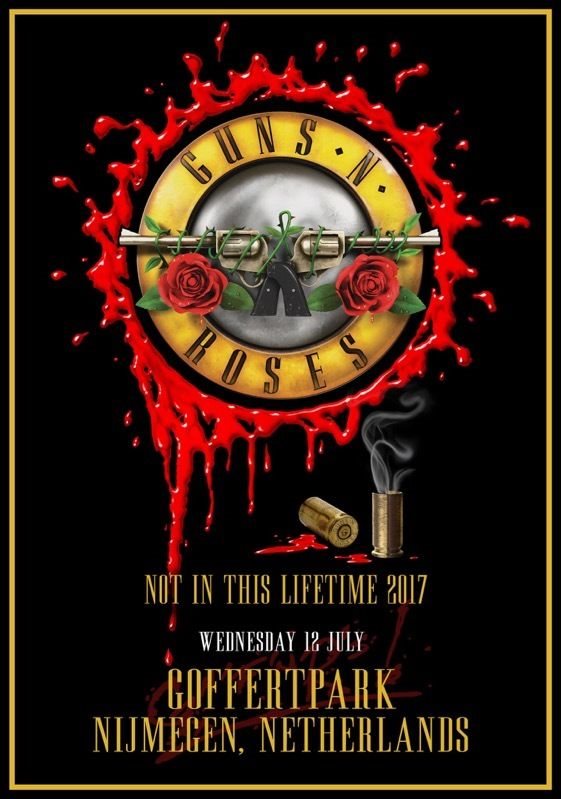