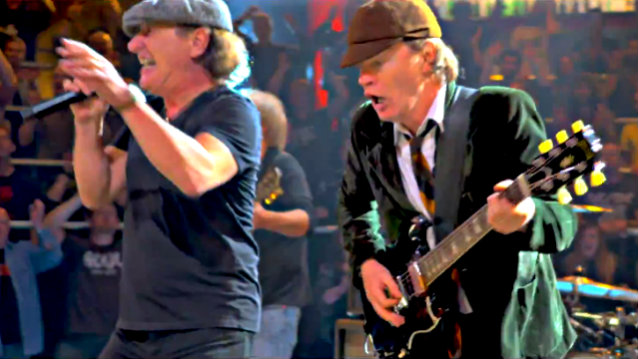 The official video for the title track of the new AC/DC album, "Rock Or Bust", can be seen below. The clip was shot October 3-4 with director David Mallet at Black Island Studios in Middlesex, England.

Mallet has worked with the band for 24 years and says: "They have never come out with any pretense to be anything else than the best rock and roll band in the world."

"Rock Or Bust" is scheduled for release on December 2. The CD was recorded in Vancouver, Canada earlier this year.

nt, he has to decide, 'Is this something I want to keep doing, or have I said my piece?'"