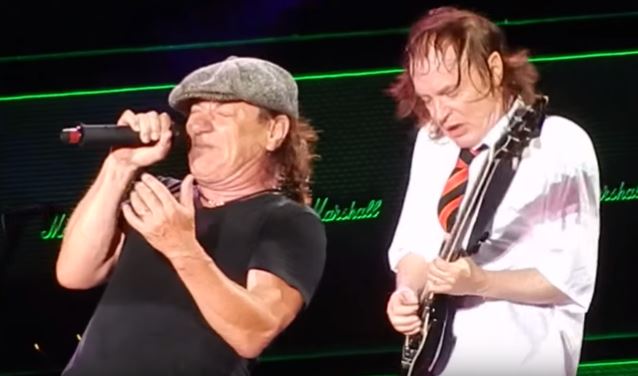 Legendary Australian hard rockers AC/DC this week landed at position No. 3 on Billboard.com's "Hot Tours" list of top-grossing tours with $4 million in ticket sales from an outdoor Canadian performance on August 28 at the Plaines d'Abraham in Quebec City. Promoted by Live Nation and Montreal-based event producer Evenko, the concert drew 48,588 fans.

The Quebec performance was the first of three outdoor events staged in Canadian markets during AC/DC's current North American tour.

AC/DC's sixteenth studio album, "Rock Or Bust", has sold around 545,000 copies since debuting at No. 3 on the Billboard album chart back in December.