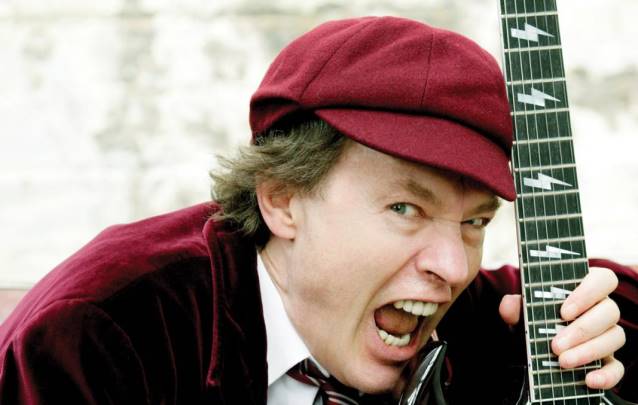 According to the Evening Times, AC/DC guitarist Angus Young's velvet schoolboy outfit will be among hundreds of items on display when the Hard Rock Café opens in Glasgow, Scotland, United Kingdom later this month.

Hard Rock has not yet announced the official opening date for its Glasgow venue.

It was Angus' sister Margaret that gave him the idea to wear his schoolboy uniform on stage, because Angus used to pick up his guitar as soon as he walked in the door from school, without bothering to change out of his uniform. Margaret actually hand-sewed the costumes for the first couple of years.

When asked by Guitar magazine if he would still be donning his trademark "get-up" at age 64, Angus described his attire as distinguished and "classic." "Have you seen what some of the younger [artists] are wearing nowadays?" he asked. "They look like they've stolen their mothers' skirts! If that's fashionable, then you could say I've maintained a distinctively classic look."