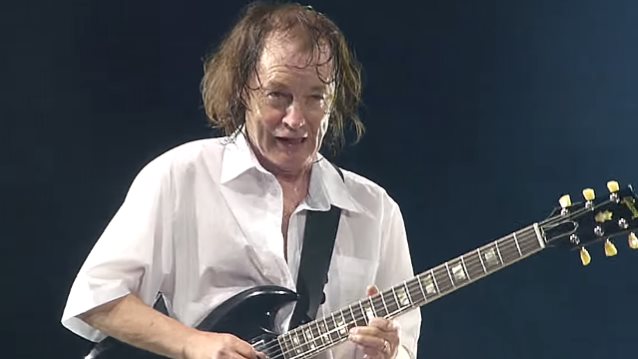 British ticketing services company See Tickets is offering a chance to AC/DC fans who bought tickets for the band's June 4 concert at London Olympic Stadium to get their money back.

The show is one of twelve European dates AC/DC will perform with GUNS N' ROSES frontman Axl Rose on lead vocals after Brian Johnson was ordered to stop touring or risk going deaf.

See Tickets sent out an e-mail earlier today to everyone who bought tickets to the London gig using the service. The message reads: "You have the opportunity to request a refund of your ticket. Refunds will be available from now until 5pm on Friday, May 6."

It is not presently clear if the refund offer will be made available for the other dates on AC/DC's European tour, which kicks off on May 7 in Lisbon, Portugal and runs through June 12 in Aarhus, Denmark. Following that, Rose will head out on his previously announced summer reunion tour with GUNS N' ROSES, dubbed "Not In This Lifetime". AC/DC's ten postponed U.S. dates will take place later in the year, also with Rose as frontman.

AC/DC guitarist Angus Young made a guest appearance with GUNS N' ROSES at the Coachella festival in California earlier in the month, to tie in with the official confirmation of Rose's involvement.