"We are so glad we recorded this unique show — this very special concert at Wacken will always stay in our memories," states ACCEPT guitarist and mastermind Wolf Hoffmann. And because what started as a premiere at Wacken caused a sensation and recognition worldwide, the "Symphonic Terror" will hit other cities live in April 2019. This can only mean one thing: ACCEPT will debut its orchestra tour throughout Europe in 2019, and today, the band has revealed the first tour dates for Germany.

Hoffmann is already filled with anticipation. "Those who couldn’t be there at Wacken have never seen ACCEPT like this," he said. "But it's definitely worth it! On our last tour, I personally missed the orchestra in some songs. What I can already say is this: There will be some visual and musical surprises on the 'Symphonic Terror' tour that you wouldn’t exactly expect from ACCEPT. 2019 will be exciting!" 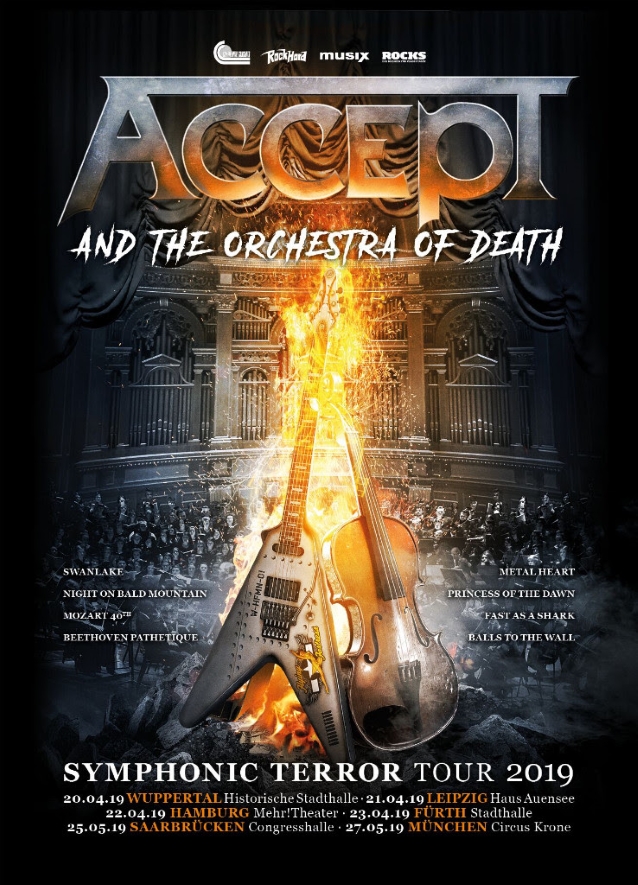