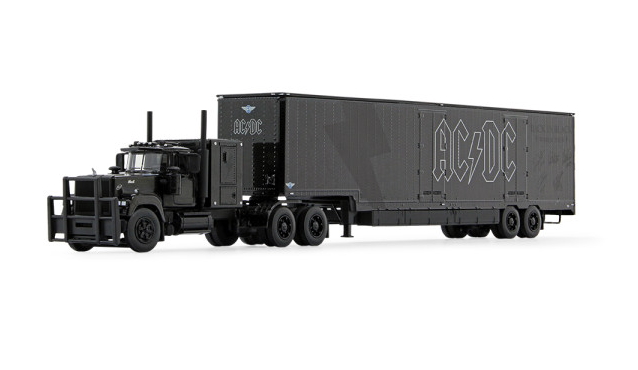 In December, AC/DC will release the official "Back In Black" world tour diecast truck. This authentic Mack super-liner 60" flattop sleeper cab diecast metal replica model comes paired with a Kentucky storage trailer and features an opening hood with authentic engine detail, poseable front wheels, accurately detailed cab interior, pivoting fifth-wheel for trailer attachment, functioning trailer landing gear/jack stands, and detailed chassis and undercarriage. The replica is decorated with a sable metallic black paint scheme with matte black accents. You can see the band's iconic logo and thunderbolt throughout the truck. It features bandmembers' signatures on the driver side of the trailer and the track listing of the album on the passenger side of the trailer. The replica comes in custom AC/DC packaging. The 1/64 scale replica measures approximately 12.25" long, 1.75" wide, and 3.5" high.

AC/DC's "Back In Black" diecast truck is available for preorder for $129 and is expected to ship during the second week of December.

In December 2019, AC/DC's 1980 breakthrough album "Back in Black" was certified by the Recording Industry Association Of America for U.S. shipments of 25 million copies. 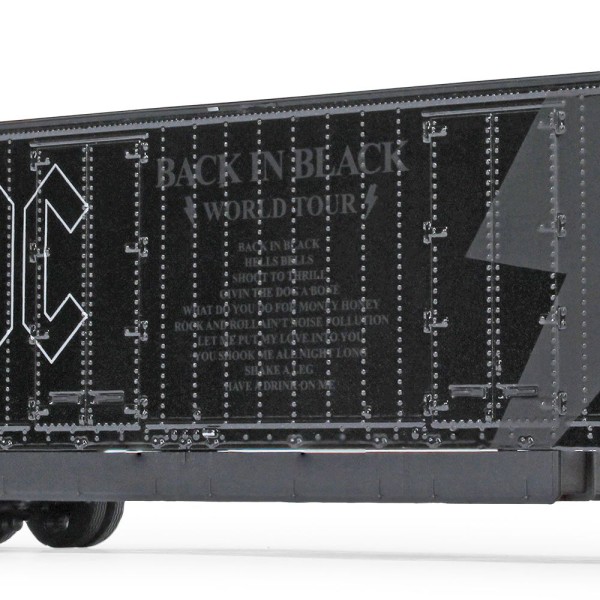