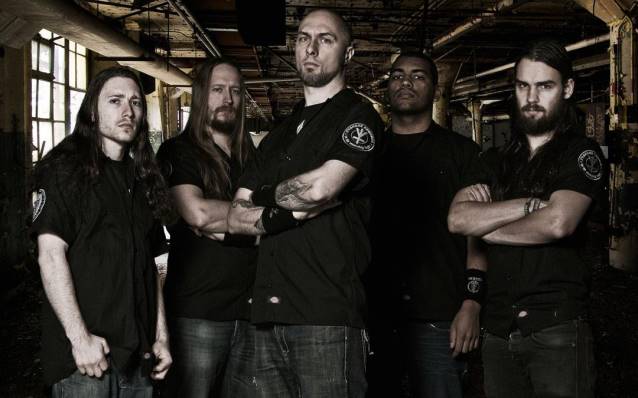 In support of ABORTED's upcoming studio album, "The Necrotic Manifesto" — which will arrive in North America on April 29 — Century Media Records has announced the release of a special seven-inch EP, "Scriptures Of The Dead". Limited to only 500 copies and exclusively offered on ABORTED's upcoming North American tour, it will include the title track of the new album on Side A and a ferocious cover version of SEPULTURA's classic tune "Arise" on Side B. The latter track is not going to be offered on any other physical format.

ABORTED's mastermind Sven de Caluwé comments: "Since we have our new album coming out right after our North American tour with KATAKLYSM, we thought we would offer the fans an exclusive opportunity to get some new music before the release of the album, therefore Century Media and yours truly came up with a devious plot to release a very limited 7" that will be on sale on tour containing one new track, 'Necrotic Manifesto', and an exclusive cover track from SEPULTURA's 'Arise'. Now if that's not the extra incentive you all need to come get your faces melt off on the East Coast Extirpation dates or the Kill The Elite tour, I don't know what is! (Besides maybe cheesecake). If you don't live anywhere near where we will be touring, worry not, there will be a very limited amount of this 7" available on our online store and CM Distro."

"The Necrotic Manifesto" was recorded with Danish producer Jacob Hansen (VOLBEAT, HEAVEN SHALL BURN, MERCENARY). The CD will be released on April 28 in Europe and on April 29 in North America via Century Media Records.

Commented Sven De Caluwé: ""I can say, in all honesty, that 'The Necrotic Manifesto' is, without a doubt, the strongest record ABORTED has done thus far and could not be more proud of everyone involved in the project. It is the most brutal, extreme and technical record of the band without losing sight of groove and catchiness, which are all vital elements of this band.

"We cannot wait to get out there and start playing some new material in front of people and get some feedback on what we did in these intense months. Besides this, I am very thrilled to have some of my favorite vocalists on this record as guests. Both Phlegethon (WORMED) and Vincent Bennett (THE ACACIA STRAIN) brought their own brand of burp to the table and really complemented the songs they are on! The artwork has been done by Pär Olofsson (PATHOLOGY, IMMOLATION, IMMORTAL)." 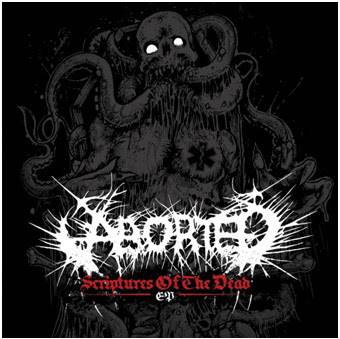 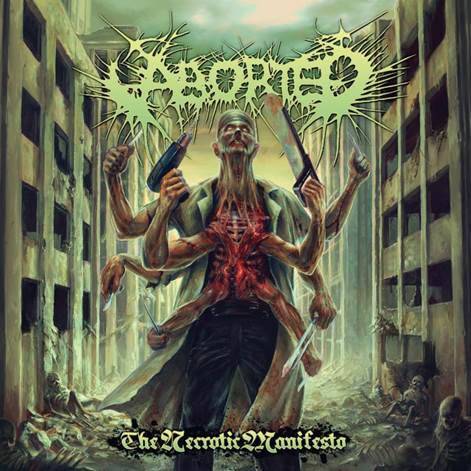