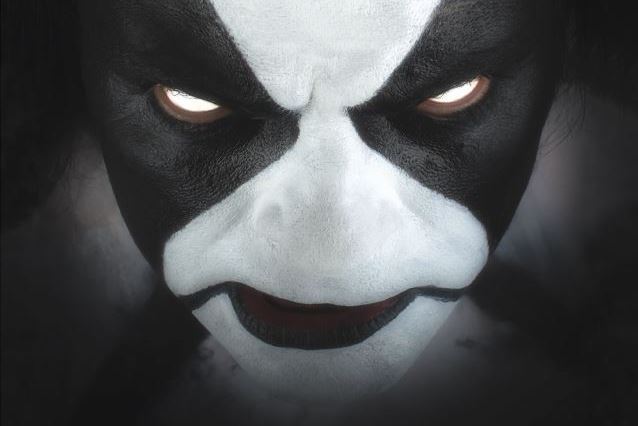 In a new interview with DCHeavyMetal.com, former IMMORTAL and current ABBATH frontman Olve Eikemo (a.k.a. Abbath), who also plays in a MOTÖRHEAD cover band called BÖMBERS, was asked if he ever had a chance to meet MOTÖRHEAD mainman Lemmy Kilmister before his death this past December. "Yeah, several times," he responded. "What a fucking gentleman he was, yeah. Him and Ronnie Dio, coolest guys I've ever met."

He continued: "I love my father, but fuckin' hell, those were my fathers too, ya know. And [it was] just devastating. It was… I still can't believe they're gone ya know. Fuckin' hell.

"Me and [ABBATH bassist] King, you know, we went to Greece… a couple days ago we came home recently from Greece finishing the video for 'Winterbane', and I bought this Metal Hammer special. I mean, I had like a five-hour wait in [the] Copenhagen airport and [the] Metal Hammer special, Lemmy special and I just sat… there in the bar reading it and, and uh… you know I… I got this lump in my throat and it just… it just, you know… devastating. He was like a father to us in many ways."

Abbath added: "Lemmy… he was the best. He was the coolest. He was everything. So where do we go from here, you know? Yeah. Carry on. Carry fucking on. Rock and roll. Yeah."

The self-titled debut album from ABBATH was released on January 22 via Season Of Mist.