ABBATH, the band led by ex-IMMORTAL frontman Olve Eikemo (a.k.a. Abbath), will headline the 2016 Decibel Magazine Tour, set to launch March 17 in Baltimore, Maryland. Joining ABBATH on the bill will be HIGH ON FIRE, SKELETONWITCH and TRIBULATION. The month-long trek will run through April 15 in Philadelphia, Pennsylvania.

For tickets, VIP premium packages and full details, go to this location.

ABBATH's self-titled debut album will be released on January 22, 2016 via Season Of Mist. 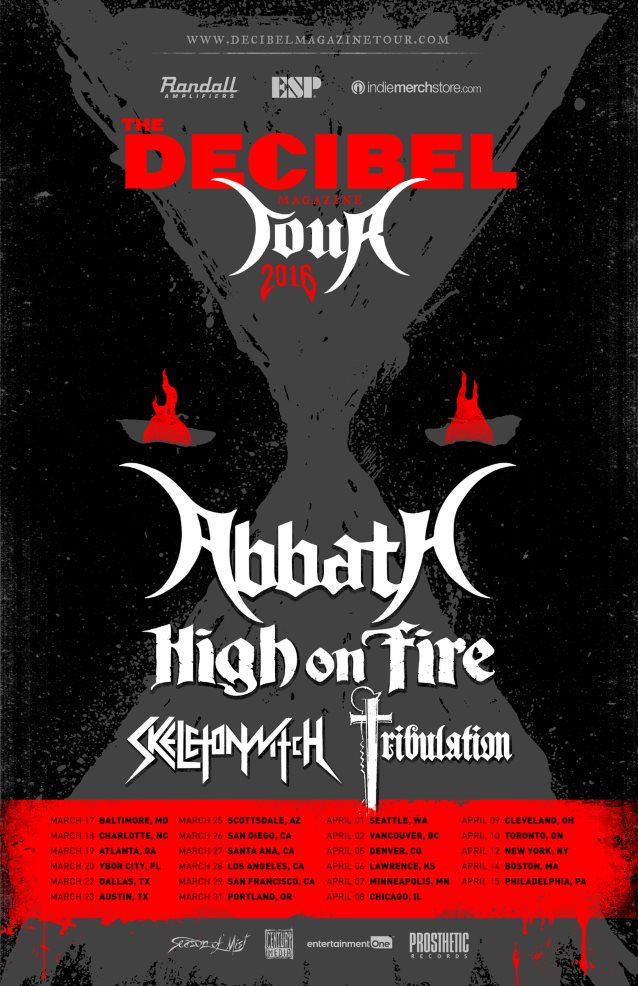