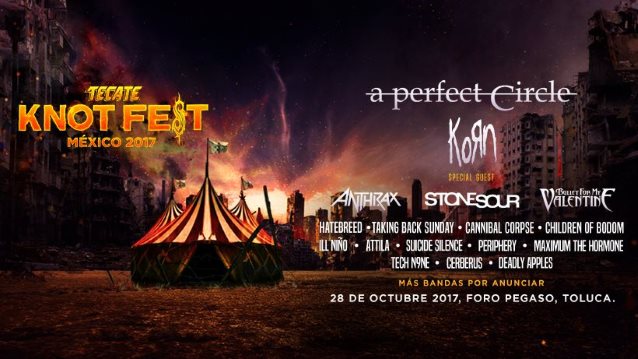 A PERFECT CIRCLE, KORN, ANTHRAX, STONE SOUR and BULLET FOR MY VALENTINE are among the confirmed bands for this year's edition of the Knotfest Mexico festival, set to take place October 28 at Foro Pegaso in Toluca, Mexico.

SLIPKNOT and STONE SOUR singer Corey Taylor confirmed in an interview with Billboard that there will be two Knotfests this year — one in Mexico and one in California, again combined with Ozzfest — but that he'll be there with STONE SOUR and not SLIPKNOT.

The singer said it's important for Knotfest to take place without its namesake band headlining, explaining: "I think in a lot of ways your festival has to live past you, or it's not gonna live at all... That's why we put so much work into it to begin with, is to really make sure that it was stable and it was strong and the foundation was there."

A Knotfest documentary — "Day Of The Gusano", filmed in 2015 in Mexico — will premiere on September 6 in theaters for a special one-night-only screening. 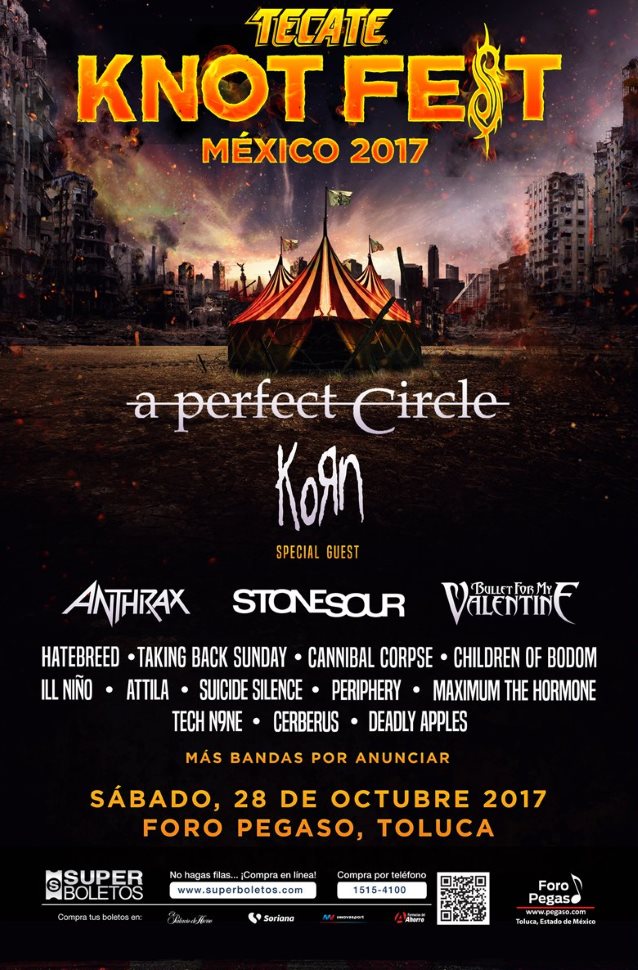