A PERFECT CIRCLE, which recently wrapped up a sold-out U.S. tour, will return to the road this fall, kicking off a North American trek at the Aftershock festival on October 21.

Tickets for all non-festival shows are on-sale this Friday, June 23 at 10 a.m. local time. VIP packages will be available simultaneously.

BMG recently announced it has signed a worldwide recording deal with A PERFECT CIRCLE. The band is in the studio working on material for a new full-length album, to be released later in the year.

Jon Cohen, EVP Recorded Music at BMG, said: "We're thrilled to welcome A PERFECT CIRCLE to BMG and excited to present their highly anticipated new music to the world. Their uncompromising approach, vision and legion of fans have made them one of the most artistic and commercially successful acts in rock."

A PERFECT CIRCLE has been largely inactive on the recording front for the past 13 years, with only a new song titled "By And Down" surfacing on a hits collection in 2013.

The group was an instant success when it first came on the scene in 2000 with its debut album, "Mer De Noms", and Howerdel explained a while back how he felt about the band's early success. "I was appreciative then, I'm certainly appreciative now of how everything came together — how all the forces came together and made it happen, and all the timing worked out, with the NINE INCH NAILS tour, opening for them, and, you know, having key people at Virgin Records believe in us and ferociously campaign to market the band in the right way, and Maynard's reputation with TOOL in place... everything just came together."

During the time that the band has been mostly on hiatus, Howerdel launched an act called ASHES DIVIDE, while Maynard James Keenan toured and recorded with TOOL and PUSCIFER while also running a winery.

Howerdel said: "To be honest, I thought [a comeback] would be a few years earlier... It felt like a few years ago it was going to happen, but this is just the way the schedules lined up. But I'm always excited to get the machine back up and going." 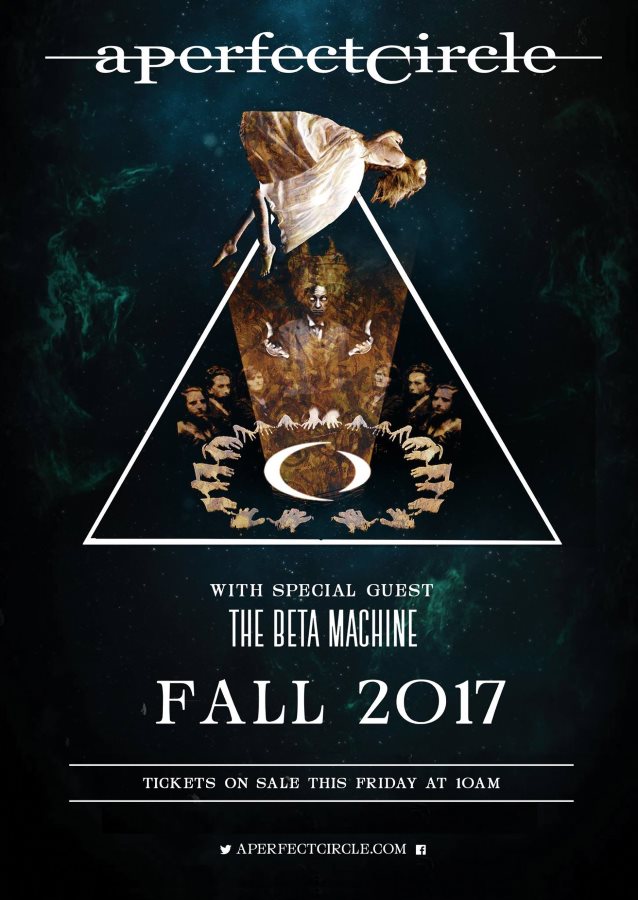