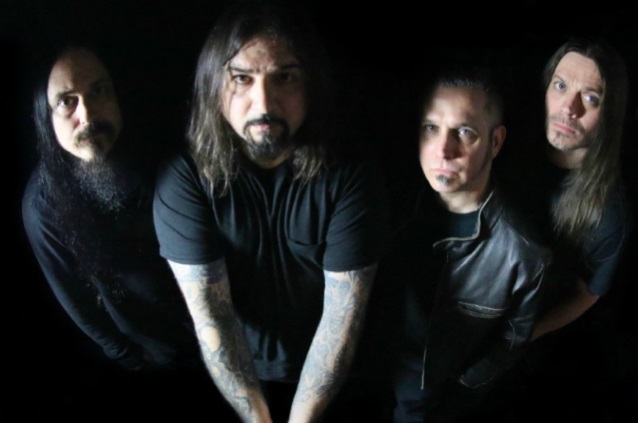 A PALE HORSE NAMED DEATH has re-signed with SPV. The band's new music is expected to be released in the fall via the record company's Long Branch Records imprint.

Led by founding TYPE O NEGATIVE and LIFE OF AGONY member Sal Abruscato, A PALE HORSE NAMED DEATH released its debut, "And Hell Will Follow Me", in 2011 and firmly implanted its roots in the metal scene with the sophomore album, "Lay My Soul to Waste", in 2013. Both records were selected as part of the Revolver magazine "Top 20 Albums Of The Year" lists in the years they were issued.

Besides Abruscato on guitars and lead vocals, A PALE HORSE NAMED DEATH's lineup includes Joe Taylor and Eddie Heedles on guitars and Eric Morgan on bass. Johnny Kelly (TYPE O NEGATIVE) is also back in the band on drums.

On the surface, A PALE HORSE NAMED DEATH are impressive. But you'll want to dig deeper and immerse yourself in all the sonic and lyrical layers, because the band isn't afraid to plume the depths of darkness that humanity is capable of. It's murky stuff, but someone has to do it.

A PALE HORSE NAMED DEATH is: