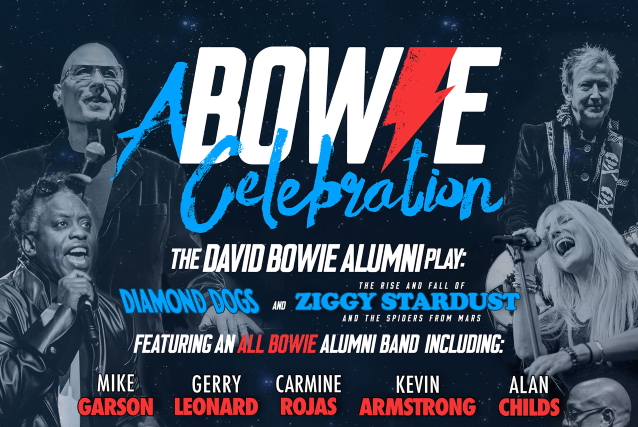 "A Bowie Celebration" returns to North America this March following a major European tour in January this year. The run kicks off in San Diego on March 3 and will stage 30 shows across the United States and Canada. The final appearance will take place on April 11 in Ft. Lauderdale, Florida.

Tickets can be purchased at abowiecelebration.com.

"A Bowie Celebration" features key alumni musicians of David Bowie's bands from across the decades. Anchored by Mike Garson along with a revolving selection of additional performers, which include Gerry Leonard, Carmine Rojas, Kevin Armstrong and Alan Childs, this tour will focus on David Bowie's fifth album, "Ziggy Stardust And The Spiders From Mars", and his eighth studio album "Diamond Dogs" — both ranked amongst the greatest albums of all time.

Keyboardist and band leader Mike Garson is the longest-standing member of any of Bowie's bands, having performed with David at over 1,000 concerts. Gerry Leonard was a Bowie musical director and guitar player. Joining them are "Let's Dance"/"Serious Moonlight"/"Glass Spider" bassist Carmine Rojas and Alan Childs, who was Bowie's drummer on his 1987 "Glass Spider" world tour. Kevin Armstrong also joins the David Bowie alumni tour having recorded and played with Bowie at Live Aid, on the first TIN MACHINE album and tour, amongst other Bowie projects. Between them, the alumni band have over 40 years tenure recording, writing and playing live with Bowie.

Also joining the upcoming "A Bowie Celebration" tour in North America is vocalist Corey Glover, founding member of LIVING COLOUR, along with Canada's rock sensation Sass Jordan and fan favorite Joe Sumner. "Westworld"'s Evan Rachel Wood will appear at select performances, while a variety of additional world-class guests will appear in select cities along the way.

Confirmed appearances for the North American run are:

*Note that not some members may not perform on all dates. 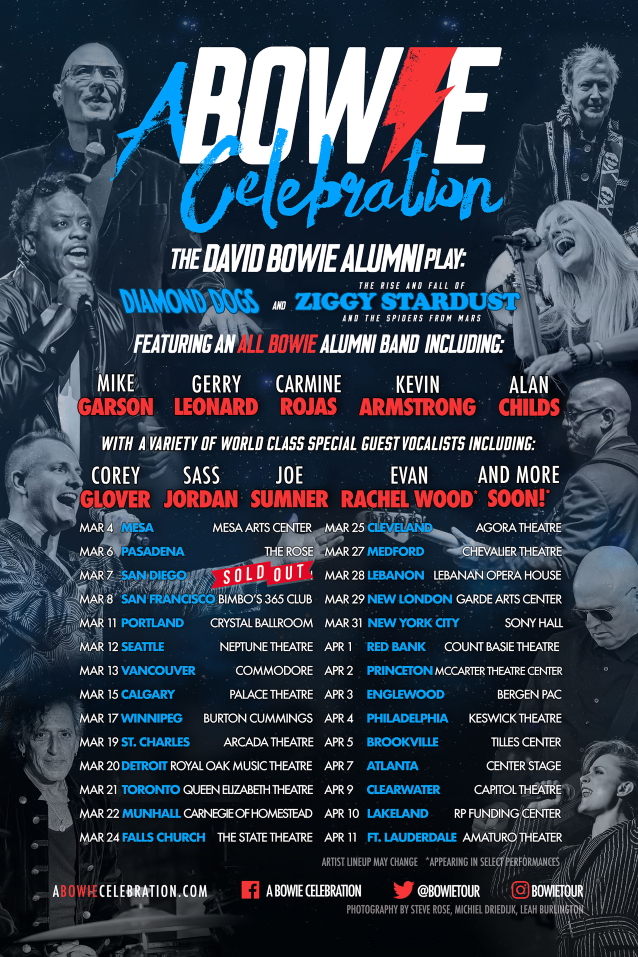