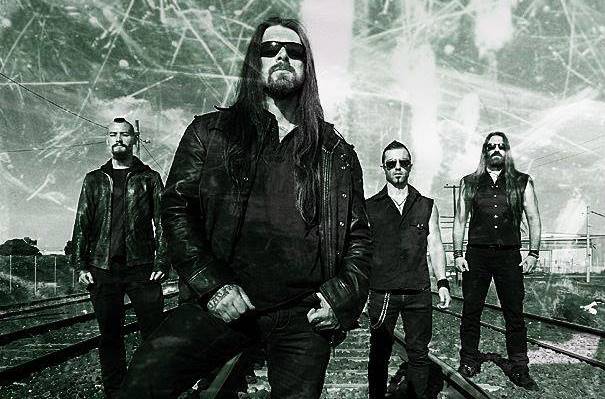 Says the group: "The search for a new frontman now begins. With James Munro briefly filling in for the band on the recent North American tour, there will be also a lead guitarist position available. This is a great opportunity for highly committed musicians to join an already established touring band.

"Any musician from around the world interested in any of the positions available, please send an email with your bio, photo, links or mp3s of your works to trinity.a.man[email protected] Only serious, dedicated and experienced touring musicians need apply."

In regards to the musical direction of the new album, Tomb said, "'Submission' is far more energy- and passion-driven than anything we've done before. There is a lot more melody and a hell of a lot more thrash. The plan was to create an album that harnessed an energy to it that could be felt, not just heard."