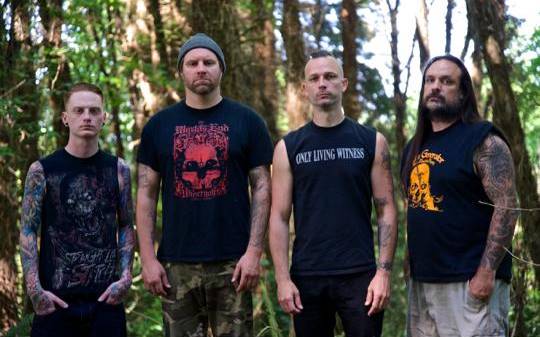 Alaskan metallers 36 CRAZYFISTS have completed work on their new album, "Time And Trauma", for a late 2014 release.

A listening party for the CD will be held on July 24 at Pioneer Bar in Anchorage.

36 CRAZYFISTS debuted the "Time And Trauma" title track during the band's U.K. tour at the end of last year.

36 CRAZYFISTS in 2012 announced the addition of drummer Kyle Baltus to the group's ranks. In addition, the band was rejoined by bassist Mick Whitney following the departure of Brett "Buzzard" Makowski.

36 CRAZYFISTS's last album, "Collisions And Castaways", sold around 3,300 copies in the United States in its first week of release to debut at position No. 161 on The Billboard 200 chart. The CD landed at No. 3 on the Top New Artist Albums (Heatseekers) chart, which lists the best-selling albums by new and developing artists, defined as those who have never appeared in the Top 100 of The Billboard 200.

"Collisions And Castaways" was written and recorded between October 2009 and May 2010. It follows on the heels of 2009's DVD, "Underneath a Northern Sky", and was the band's second straight effort to feature Steve Holt in the producer's chair and Andy Sneap handling the final mix.