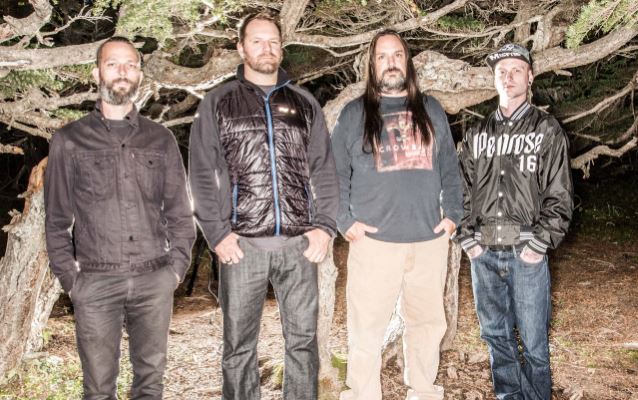 "Also Am I", the new video from Alaskan metallers 36 CRAZYFISTS, can be seen below. The song is taken from the band's new album, "Time And Trauma", which will be released on February 17 via Spinefarm.

The "Time And Trauma" cover artwork can be seen below.

36 CRAZYFISTS will embark on a European headlning tour in February.

"We have found a new home at Spinefarm Records. And although the label is new to us, some of the staff are old friends and we couldn't be more grateful to unleash the beast that is 'Time And Trauma' with their help," says frontman Brock Lindow. "20 years in and it feels like Spinefarm is a killer home to hang our hats. See you all on the road in 2015!"

Spinefarm senior director of marketing Tim Brennan echoed that sentiment, saying, "We are thrilled to have 36 CRAZYFISTS be part of the growing Spinefarm family! They are a genuine band of brothers that has grinded for 20 years to create a truly committed fan base. 'Time And Trauma' is an incredible way to begin the next 20 years for the band.”

36 CRAZYFISTS debuted the "Time And Trauma" title track during the band's U.K. tour at the end of 2013.

36 CRAZYFISTS in 2012 announced the addition of drummer Kyle Baltus to the group's ranks. The band was also rejoined by bassist Mick Whitney following the departure of Brett "Buzzard" Makowski.

36 CRAZYFISTS's last album, "Collisions And Castaways", sold around 3,300 copies in the United States in its first week of release to debut at position No. 161 on The Billboard 200 chart. The CD landed at No. 3 on the Top New Artist Albums (Heatseekers) chart, which lists the best-selling albums by new and developing artists, defined as those who have never appeared in the Top 100 of The Billboard 200. 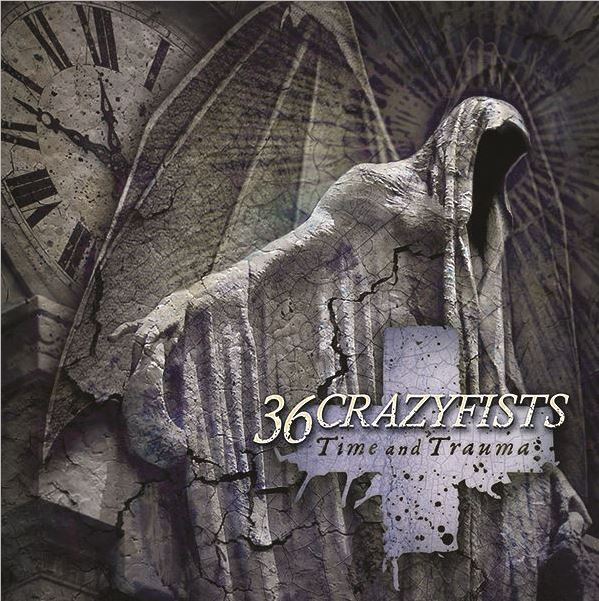