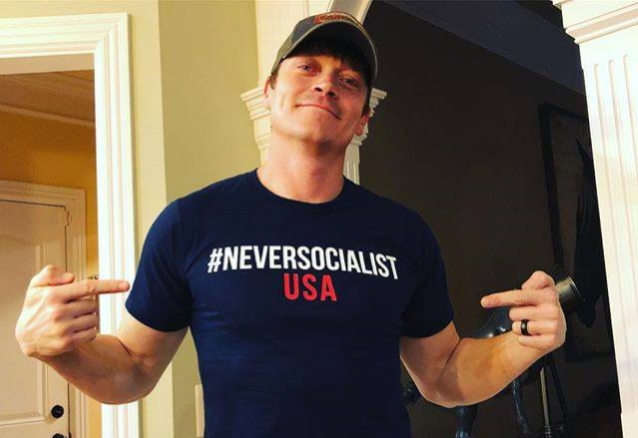 3 DOORS DOWN frontman and celebrated songwriter Brad Arnold was preparing earlier this year to celebrate the 20th anniversary of the band's 2000 debut album, the certified seven-times RIAA platinum "The Better Life". But with the pandemic putting the Grammy Award-nominated Mississippi rock band's plans on hold, Brad has used the quarantine to write and record his first solo record, "Wicked Man". This powerful song has been released today (August 14) on his new Wild At Heart label. Listen to the song below.

Brad was inspired to write "Wicked Man" about the times we are living in. With his instantly distinctive vocals, Brad unflinchingly sings: "They keep us entertained inside a world before our eyes/A never-ending circus to distract us from their lies." Read more about the song in the question-and-answer session below.

"Wicked Man" was recorded at Rivergate Studio in Hendersonville, Tennessee and produced by 3 DOORS DOWN drummer Greg Upchurch, who also wrote the music to the song.

"I hope people like the song," says Brad. "I hope they take something from it."

Arnold takes great pride in everything that 3 DOORS DOWN has achieved. Formed in 1996, the band has captivated audiences worldwide. Their many accolades include selling 20 million albums globally, receiving a Grammy nomination, two American Music Awards, and five BMI Pop Awards for songwriting, including "Songwriter Of The Year." The rocker's charitable arm, The Better Life Foundation (TBLF), has donated over $3 million dollars to veterans, children, women's and humanitarian relief efforts domestically and around the globe.

Q: What inspired you to write "Wicked Man" and release it as a solo song?

Brad: "The inspiration for the song has been the world around us. The recent events that have happened and are happening in our country are events that will shape the future. In so many of these events, it seems there must be 'someone behind the curtain.' I believe a lot of people agree with this. I think that people are tired of being lied to and manipulated and are beginning to see the pattern. This song just points out a few of the things that are dividing and shaping things. I hope it makes people realize that we truly are all in this together. It's everyone's future.

Q: Where did you record the song and who produced it?

Brad: "The song was recorded at Rivergate Studio in Hendersonville, Tennessee. The song was produced by Greg Upchurch, who is also the drummer for 3DD. Greg wrote the music to the song as well. He'd written a guitar riff and sent it to me a few months ago. I listened to it and liked the idea. It had the darker feel to it. I get licks in my head and eventually melodies and ideas start to form. In thinking about events of the days over the next few weeks, these are the lyrics that grew."

Q: Can you describe your life during quarantine?

Brad: "My life during quarantine has honestly not been dramatically different aside from completely not being on tour. Thankfully, I live on a farm where my wife and I have horses and land for ATVs, so I've stayed busy doing the things I normally do at home. I do realize what a blessing it is to have some room to move. I've never been much on sitting down and writing. I tend to write outside when I'm doing other things so it has been a good time for me to collect some thoughts. That's one main reason that I wanted to do this song as a solo project. I think that it will be great experience but it's also a chance for me to record some ideas that are me, but not as much for 3 DOORS DOWN. I hope people like the song. I hope they take something from it." 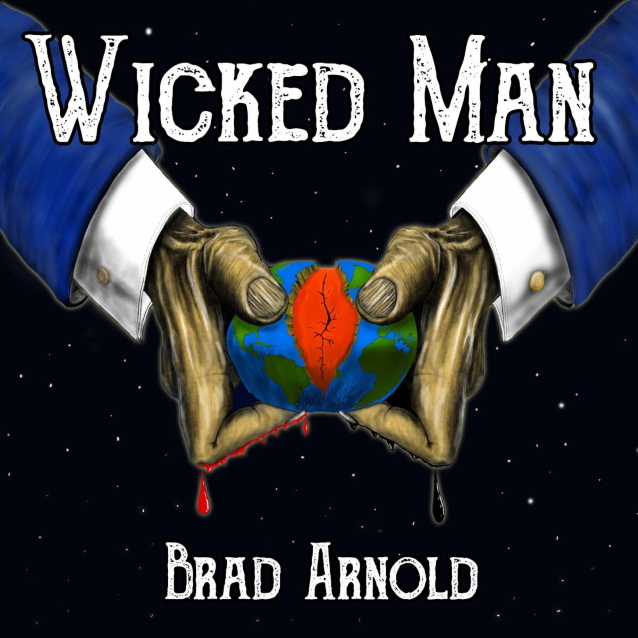